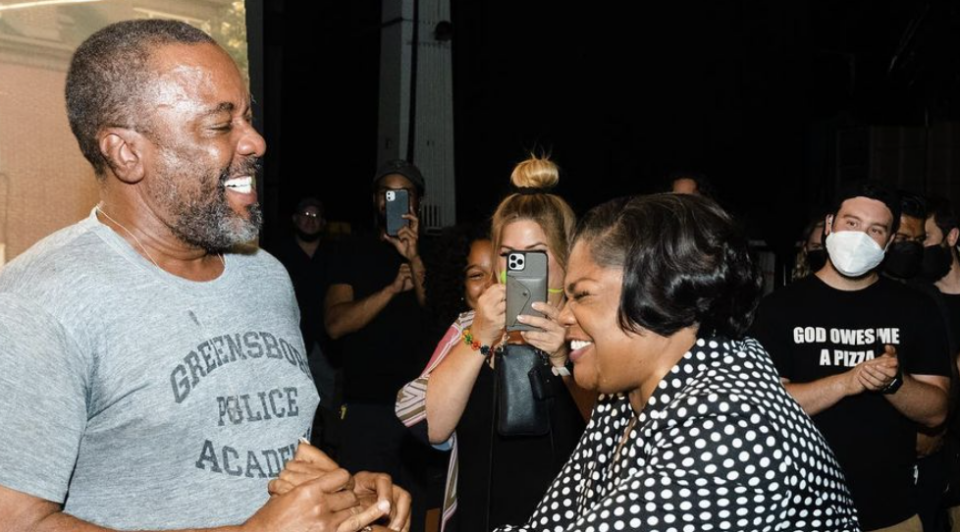 Lee Daniels and Mo’Nique’s “journey continues” amid wrapping their new Netflix film that’s a result of their repaired friendship.

Daniels shared a photo on Instagram over the Labor Day weekend to celebrate wrapping his star-studded Netflix film The Deliverance.

“It’s a wrap for @therealmoworldwide for #TheDeliverance. Our journey continues…” Daniels captioned his post.

Mo’Nique returned the love and confirmed that she and Daniels are “BACK” like they never left.

Many applauded Mo’Nique and Daniels for putting their differences aside and coming together to create something new for the culture.

“I love this. Talk about disagreement, communication, and forgiveness. The cycle. LOVE,” one fan said.

Another user noted how much of a “good look” this moment is for both Daniels and Mo’Nique.

The new film is the first time Mo’Nique and Daniels have worked on a film together since 2009’s Academy Award-winning Precious. Mo’Nique had a nasty fallout with Daniels and Oprah Winfrey after making the film and accused the Hollywood hunchos, along with Tyler Perry, of seemingly working together to blacklist her career.

In the last year. Mo’Nique has mended fences with Daniels and joined the cast of his Netflix thriller The Deliverance. The star-studded film follows a family who reaches their breaking point while dealing with a demonic spirit.

“I am so sorry for hurting you in any way that I did,” Daniels said in a video posted on Twitter.

“I love you,” Mo’Nique responded.