The Legacy of Elijah Cummings: A Fierce Champion for Civil Rights and Fiery Critic of Trump 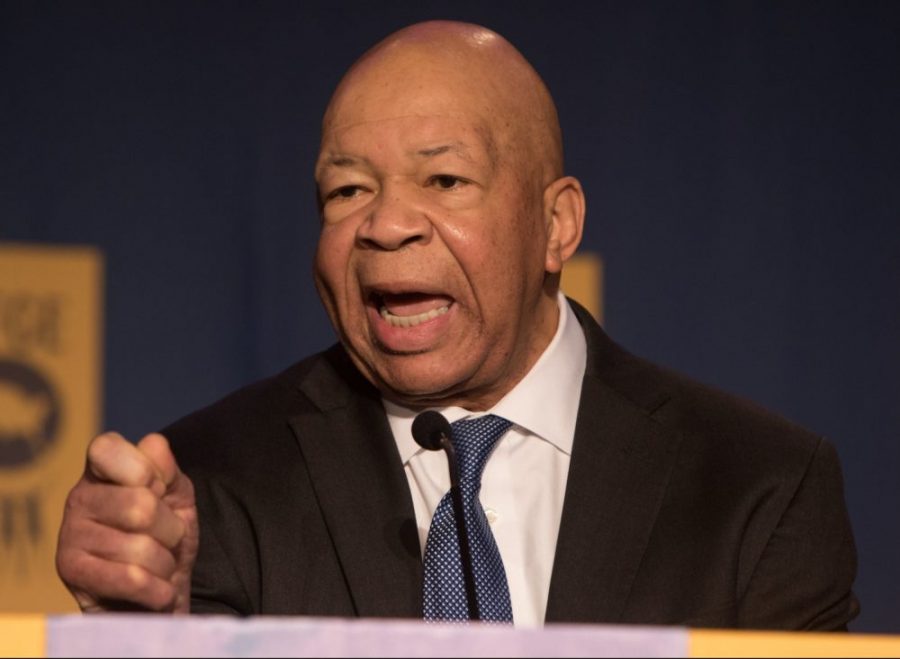 Born as the son of sharecroppers, Rep. Elijah E. Cummings was elected to represent Maryland’s 7th Congressional District in 1996 and rose through the ranks of political power to become the chairman of the House Oversight and Reform Committee in 2019, where he led the impeachment inquiry of President Donald Trump. On Thursday, it was announced that the Democratic congressman passed following longstanding health challenges. His widow, Dr. Maya Rockeymoore Cummings, said her late husband “worked until his last breath” to preserve the nation’s democracy and diversity. He was 68.

A Voice of Courage

Cummings is remembered as a fiery orator who advocated for the working-class in his predominantly black district in Baltimore. Throughout his career, he used his voice to highlight their struggles and needs, pushing for initiatives like needle-exchange programs to curb the spread of AIDS.

The Baltimore native was also a tireless champion for civil rights, which began when he was just 11 years old when he helped desegregate a local swimming pool in Baltimore in 1962, reports the Associated Press.

In addition, Cummings was known as one of Trump’s fiercest adversaries. He spearheaded investigations into the president’s governmental dealings, including probes into Trump’s family members serving in the White House as well as possible abuses at federal agencies under his administration. With his power, the congressional leader also demanded documents of Trump’s personal and financial records and even issued a subpoena earlier this month to White House chief of staff, Mick Mulvaney, to hand over documents for the inquiry, NBC News reports.

Beyond the impeachment inquiry, the African American lawmaker clashed with Trump’s administration over several other issues, including the skyrocketing cost of prescription drugs. Cummings was also known for his sharp criticism of the president, often calling Trump out in speeches, press interviews, and on social media.

The President is acting as if he is above the law.

What is else is he hiding from the American people?

Nobody is above the law—not even the President. The #MuellerReport generated 37 criminal indictments and found 10 instances where the President obstructed justice. Every American needs to know about the crimes and obstruction outlined in the report. #RetweetTheReport

The President’s tweets were racist, xenophobic, deeply offensive to many Americans, & have no place in the dialogue of the world’s greatest democracy.

Many Americans yearn for the day when we stop fighting each other & realize that diversity is our promise—not our problem.

Over the summer, Trump turned the tables, igniting a series of tweets and comments attacking the congressman and his congressional district, calling Baltimore a “rat and rodent-infested mess.” Cummings replied indirectly during a speech urging government officials to stop using “racist language” and making “hateful, incendiary comments” that distract the nation from epidemics like gun violence and white supremacy.

In a tweet on Thursday, Trump sent his “warmest condolences” to those mourning Cummings’ death without mentioning their past feuds.

My warmest condolences to the family and many friends of Congressman Elijah Cummings. I got to see first hand the strength, passion and wisdom of this highly respected political leader. His work and voice on so many fronts will be very hard, if not impossible, to replace!

A number of other leaders also expressed remorse for Cummings, including President Barack Obama, Stacey Abrams, and Bill and Hillary Clinton, who released a joint statement.

Elijah Cummings was a resounding voice of moral courage who fought the good fights for the people of Baltimore, and faithfully honored his oath to protect and defend the Constitution with a passion, skill, determination, and dignity rarely matched in our history.  He worked for affordable, quality health care, educational and economic opportunities, and environmental justice for all Americans.  And he led the House Committee on Oversight and Reform in finding facts, exposing fictions, and demanding that our government be accountable.  Hillary and I are grateful to have served with him and for his friendship.  Our thoughts and prayers are with Maya and the Cummings family.

Michelle and I are heartbroken over the passing of our friend, Elijah Cummings. May his example inspire more Americans to pick up the baton and carry it forward in a manner worthy of his service. pic.twitter.com/lM2rES3PNV

Our nation has lost a mighty fighter for democracy, accountability, equity and justice with the tragic loss of Congressman Elijah Cummings. He never forgot that his was borrowed power, which he wielded in defense of the vulnerable and on behalf of the American people. #RIPElijah

Rep. Cummings spoke to BLACK ENTERPRISE about the economy under the Obama administration back in 2009. Watch the interview below.