Lena Waithe, Laverne Cox, and the Cast of Hulu's 'Bad Hair' on the Politics of Black Hair 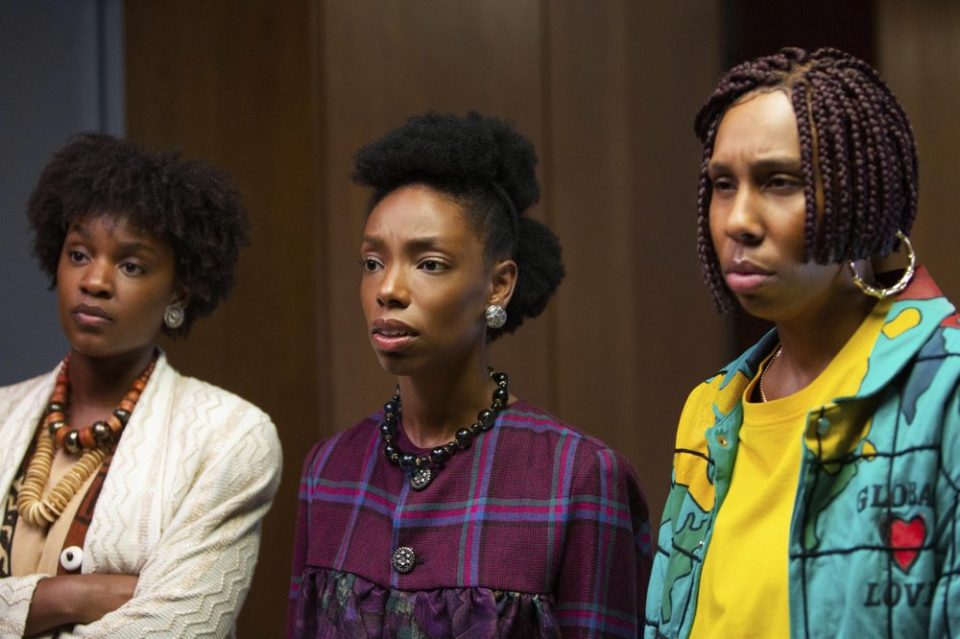 Just in time for Halloween, Justin Simien, the writer and director best know for the TV series and movie “Dear White People,” released a new project that has turned the pressures Black women face to conform to Eurocentric beauty standards into a satirical horror film. Titled “Bad Hair,” the film follows the story of Anna played by Elle Lorraine who succumbs to the hair discrimination Black women commonly face at work and ends up getting a weave from hell — literally.

The film takes place in 1989 as Anna pursues her dream of becoming a VJ at a Black music video TV network. However, she realizes that her natural coils are standing in the way of her aspirations after her manager, a light-skinned, straight-haired woman played by Vanessa Williams, encourages her to adopt a more white-friendly appearance. As a result, she reluctantly gets a weave, which turns out to be possessed by a demonic force. The evil weave becomes more than just the film’s antagonist: it’s a metaphoric symbol of the generations of oppression Black women have faced in lieu of white beauty norms.

“This young woman is incredible at her job. She has all the tools,” said Lorraine ahead of the film’s release on Hulu on October 23 to, BLACK ENTERPRISE. “But somehow she is not able to be seen because she’s not meeting this standard according to other people’s ideas of beauty.”

The Insecure star also admitted that she, too, still feels pressured by the same social stigmas. “There are times I question how I should look at an audition if they’re able to see past what my hair looks like and see what I’m giving and the work that I put in.”

Actress and LGBTQIA+ activist Laverne Cox said the film emphasizes the compromise Black women have had to make to their identities in order to get ahead. “Bad Hair is about the horror of white supremacy intersecting with the horror of capitalism.”

Waithe added, “This is Justin’s love letter really — a scary, funny love letter — to Black women and what they go through, particularly in the workplace.”