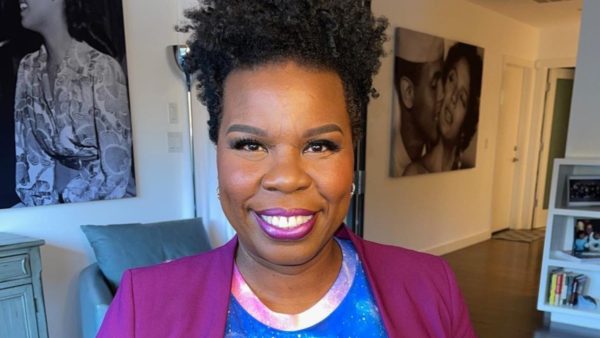 Comedian Leslie Jones was a hit with her live-tweeting during the Tokyo Olympics. But now Jones is having second thoughts about recapping the winter Olympics in Beijing.

On Monday, the SNL alum shared an Instagram post explaining how copycats and criticism are making her no longer enjoy recapping the Olympics.

“Leslie Jones does not stay anywhere I’m not welcomed,” she captioned the lengthy message. “#uptoyallnow,” she added as a hashtag.

Jones had sent out the same message on Twitter Sunday.

Jones’s announcement comes days after the Winter Olympics kicked off. She started posting dozens of videos offering her comedic take on everything from figure skating to skiing competitions, People reports.

But after noticing the negative response from onlookers and even people attempting to recreate her original content, the Ghostbusters star is considering calling it quits with her live recaps.

“i’m starting to feel like this should be my last olympics i live tweet,” Jones said. “I’m tired of fighting the folks who don’t want me to do it.”

“They block my videos and they get folks who think they can do it like me. And I’m tired of fighting them,” she added.

Noting how much she truly enjoys watching the Olympic games and admiring the athletic ability of the players, Jones credits her passion as the reason why her commentary is so well-received.

“I love the athletes, and they love me doing it,” she continued. “And I know ya’ll love it. But now it’s gotten too hard. And no one is fighting for or with me. Soooo I guess I’ll leave it to the professionals. But thank you for all the love.”

When one fan left a comment telling Jones to “forget the hate,” the comedian replied, “It’s not the hate it’s nbc.”

It’s not the hate it’s nbc

During the Tokyo Olympics, comedian Kevin Hart and rapper Snoop Dogg gave their Olympic commentary for NBC’s Peacock network. Considering Leslie’s public stance, it looks like she is being held back from NBC by commentating and helping them get attention around the winter games.

Actress Holly Robinson Peete left a supportive comment for Jones, telling her she deserves the same type of platform Hart and Snoop received.

“Yeah your commentary is great and you should be doing this on Peacock like snoop and Kev!!!!!!” Peete wrote.