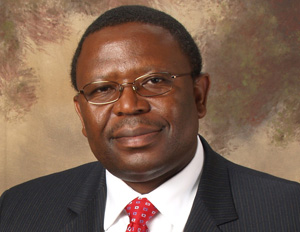 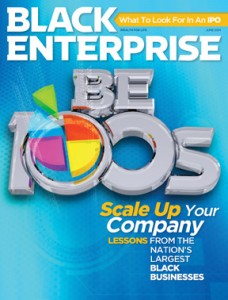 “Scale is critical. If you don’t have it, you limit your opportunities for growth.â€—Christopher Che, Cameroon-raised CPA; President & CEO, Che International Group L.L.C.

So asserts Che, the Cameroon-raised CPA who placed Cincinnati-based Che International Group L.L.C. among the BE 100s through strategic acquisitions just six years after its inception in 2006.

Che assembled the building blocks of his multinational holding company, ranked No. 87 on the 2014 BE INDUSTRIAL/SERVICE COMPANIES list with $31.2 million in revenues, by purchasing complementary packaging and label manufacturers—Hooven-Dayton Corp., Digital Color International, and Cog L.L.C.—and then he reinvested in infrastructure and technology to fully serve corporate and industrial customers. As a result, CIG has increased the flow of contracts from existing customers such as Procter & Gamble and Johnson Controls as well as captured new, lucrative accounts. Che plans to continue targeting established manufacturers in other sectors according to his value proposition of “identifying, acquiring, and growing scalable, wealth-creating companies that help maximize supply chain diversity while promoting innovation and excellence.â€

CIG is an exemplar of a growing number of companies found in our 42nd Annual Report on Black Business under our theme, “Scale Up Your Business.â€ Scores of CEOs of the BE 100s—the nation’s largest black-owned businesses–have remodeled their companies for expansion. In fact, scalability has been the foundation of growth for the five billion-dollar revenue leaders–World Wide Technology Inc., ACT-1 Group, Bridgewater Interiors L.L.C., Modular Assembly Innovations L.L.C., and RLJ McLarty Landers Automotive Holdings L.L.C.

RELATED: Access the 2014 BE 100s lists, ranking the top black-owned companies in the U.S. at BlackEnterprise.com/Lists

The creation of flexible business models, along with tapping fresh capital sources, building viable partnerships, and gaining the right tools to mine opportunities, was among key components of our recent Black Enterprise Entrepreneurs Conference in Columbus, Ohio. Che and a number of other BE 100s CEOs joined approximately 1,000 business owners for one of the nation’s largest gatherings of entrepreneurs. At the event, we also unveiled our 2014 companies of the year which can be found in our June issue.