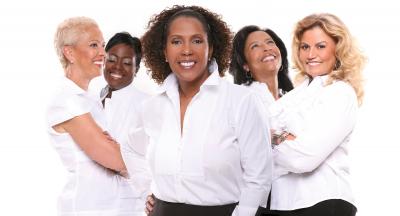 As I sat on the plane awaiting departure I was excited yet nervous about the prospects that awaited me as a first-time attendee at the fourth annual event.

I force myself to talk to at least three people if I go to an event and at the end of the evening I am much the richer for it. And I’ve usually connected with more than my minimum requirement.

I am looking forward to attending this afternoon’s Power Networking Workshop, led by Debra Langford, who is the vice president of strategic sourcing at Time Warner. She’ll be giving “a crash course on the whens, whys, and hows of effective networking.”

The Black Enterprise editorial team will be blogging from most of the sessions, as well as conducting offside interviews and quick QAs with attendees.

Check back later for more from the networking session.

If you see me in Orlando, say hi and share your experiences. If you’re not at the summit, read our Women of Power blogs.

Deborah Creighton Skinner is the editorial director of BlackEnterprise.com.