Let Us Upgrade You 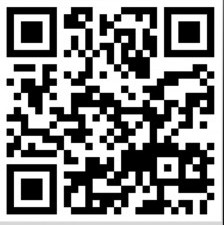 Embracing technological advances to remain competitive in the global economy is imperative for smaller enterprises, particularly black-owned ones, which experts say have traditionally faced challenges staying on par with technology.

Historically, small businesses’ access to technology has been restricted because it can be cost prohibitive, says Phillip Barreda, executive vice president of the Chicago Minority Supplier Development Council. “Many minority businesses are often focused on staying afloat or securing a contract, so investing in technology gets put on the back burner as more pressing issues arise.â€

The issue isn’t that black-owned businesses don’t have access to technology, says Omar Wasow, Ph.D. candidate at Harvard, tech guru, and co-founder and former executive director of the niche social networking site BlackPlanet.com. Wasow says it’s more that they don’t typically see the strategic use of technology as an essential element of success.

This is where the irony lies, especially since African Americans have moved progressively forward in shrinking the digital divide over the last decade. According to a report from the Pew Internet & American Life Project, in 2010, the proportion of black and Latino Internet users nearly doubled to 21% from 11% in 2000.Â  Mobile technology saw the greatest increase, as blacks are now more likely than whites to own a mobile phone, and are more likely to use e-mail, and social networking sites via cell phones.

But back to business. It’s harder to see bottom-line boosts if your company doesn’t embrace technology. A Microsoft study published earlier this year revealed businesses that value technology as a productivity empowerment tool fare better fiscally than ones that don’t. The study says 60% of small businesses that view technology as vital reported revenue gains over the course of a year, compared with 29% who said technology was insignificant.

While technology is magnificent, it isn’t magic. It won’t work without a commitment from those who will be using it. Monetary investment is only one part of the equation. The other part is implementation. “You have to learn how to use the tools you’ve invested in. This will ensure your technology will grow with you,â€ says Ramon Ray, editor of Smallbiztechnology.com, a media company that helps entrepreneurs use technology to expand their businesses. “Don’t be afraid of technology.â€

To give you a jump start on moving forward with technology, Black Enterprise joins tech experts and consultants to strategically compile a list of the four must-have upgrade categories for your small business. Being technologically savvy is no longer a choice; it’s a mandate.

1. Float on (Digital) Cloud Nine
Having your head in the clouds isn’t necessarily a bad thing. “A lot of companies are considering moving their server systems and other applications from onsite to cloud computing, which is normally a Web-based shared server or servers that provide resources, software, and data to computers (local systems) as needed says A. Keith Turner, owner of TurnGroup Technologies L.L.C., a St. Louis-based information technology firm.

Converting to the cloud means business owners don’t have to bog down their computer systems with as much hardware and software, which over time reduces cost and headaches about files and programs when a computer or server crashes. “A lot of small businesses don’t consider how they’re protecting their data,â€ says Adria Richards, San Francisco-based founder of Freshworkshops, a company that offers live,Â  instructor-led training in everything from SEO strategy and social media to WordPress blogging and Web development. Richards says it’s time for companies to move to the cloud, “she recommends Mozy, from $5.99 per month), which offers online backup services in both home and professional versions.

Ray says living in the cloud once saved him when he needed to immediately access files for a client while his car was being serviced. “A client called me and I had to respond,â€ he recalls. “I couldn’t say ‘I’m getting my car fixed right now.’ But thanks to [the mobile version of] Dropbox (basic: free; 50GB: $9.99/mo; 100GB: $19.99/mo) and Google Docs (free), I got the client what they needed.â€

If you’re leery of moving to the cloud, consider this: According to a recent report by Microsoft, more than 40% of small businesses that use cloud technology reported revenue increases of 30% or more compared with 90% of respondents not using the cloud that saw decreases in revenue.

Before you move to the cloud, do the following: Make sure the company encrypts your files and devise a plan to access those files if you aren’t connected to the Internet. Also find out how many data centers the company has; this can be a barometer of how well your service will run in the rare case of power outages.

2. Mobilize Your Troops
The ubiquity of smartphones might make you believe everyone has jumped on that bandwagon. Not so. More than half of all cell phone users still use traditional feature phones, and according to experts, if you haven’t upgraded, you’re totally disconnected.

While a feature-rich phone serves the basic purpose of sending and receiving calls, a smartphone is more like a mobile computer–and more like what a digitally connected business owner needs. A smartphone enables you to do everything from access spreadsheets and documents to calendars and essential contacts when you’re away from the desk. You can even process credit card payments and e-mail receipts directly from your smartphone without investing in expensive point-of-sale software. Square (with fees for swiped and keyed-in transactions) is a tiny device shaped after its namesake that plugs into your mobile device’s headphone jack. You can accept payments anywhere and there are no contracts, monthly fees, or merchant accounts required. If your customer needs a hard copy receipt or you need to quickly print an e-mail, new technologies allow you to print directly from your smartphone (Google Cloud Print (works only with Google Chrome). “If you’re going to be as productive on the road as you need to be in the office, it’s going to take a smartphone to help you do that,â€ says Ray.

3. Crack The Code
Boost interactivity with Quick Response or QR codes, which are data-encoded barcodes that certain scanners and smartphone cameras can read and translate. The applications of the QR code in business are endless as companies use them for everything from interactive material on business cards to coupons and customer loyalty programs (Read “What Can Quick Response Codes Do For You?â€ Tech, January 2011).

How it works: You generate a free QR code (free) with data such as a link for a website or detailed contact information. Once the code is generated, anyone with a smartphone and a QR reader application like the i-nigma QR reader (free) can scan it to instantly extract the information nestled in the code.

Tech-savvy use: Produce a QR code with a link to your company’s URL. Place the code on your company’s print collateral (letterhead, business cards, promo material) for customers and potential clients to have instant access to your website. Or create a customer loyalty campaign where customers can scan QR codes to receive coupons. Shawntay Fields of Comtactics, a company that specializes in interactive material and mobile solutions, says her business uses QR codes to create “Scanvengerâ€ hunts for clients. “The scanvenger hunt is a mobile rewards game that drives foot traffic to businesses and engages customers with QR codes,â€ says Fields.

Bonus points: Having a specially designed mobile-friendly site will ensure a positive user experience for site visitors. “If you’re going to use a QR code, make sure that the web page it resolves to is mobile-friendly,â€ says Fields. “Otherwise it defeats the purpose.â€

4. Keep Customers Close
If your company has yet to invest in a system for customer relationship management, or CRM, now’s the time. Mario Armstrong, a tech contributor for CNN and NPR’s Morning Edition, urges small businesses to consider CRM over a standard database because of the dynamic connectivity capabilities CRM software offers.

“The main benefit users will get from a CRM system is the ability to organize, automate, track, and synchronize the business intelligence of your contacts,â€ he says. For example, many times small business owners get lost in the piles of business cards they receive from networking, and get overloaded with information. Armstrong says CRM software is the best way to organize your contacts according to category, and because it serves as a central database, it can optimize information-sharing among employees. CRM can keep track of contact information, calendars, dates, and subjects of communication with clients and more. The software can even show where your sales cycle is, revealing strengths and weaknesses depending on where your sales cycle ebbs and flows.

Armstrong, who also hosts his own daily tech radio show on Sirius XM, says as he started out in his own business endeavors, he used a free version of Salesforce for about a year and a half before upgrading to an advanced version with added features. This gave him a chance to get acquainted with the CRM software and understand through trial and error what upgraded features would work best for his business. “I think all business owners should start out with a CRM. Don’t graduate to it, start there.â€

“Competition is thick and innovation is changing how business is getting done,â€ says Armstrong. “Customers are becoming more tech savvy, and if you are not innovating and embracing knowledge capture and transfer, you will become obsolete. Technology is the game changer. It’s the competitive advantage businesses need in today’s market.â€Â