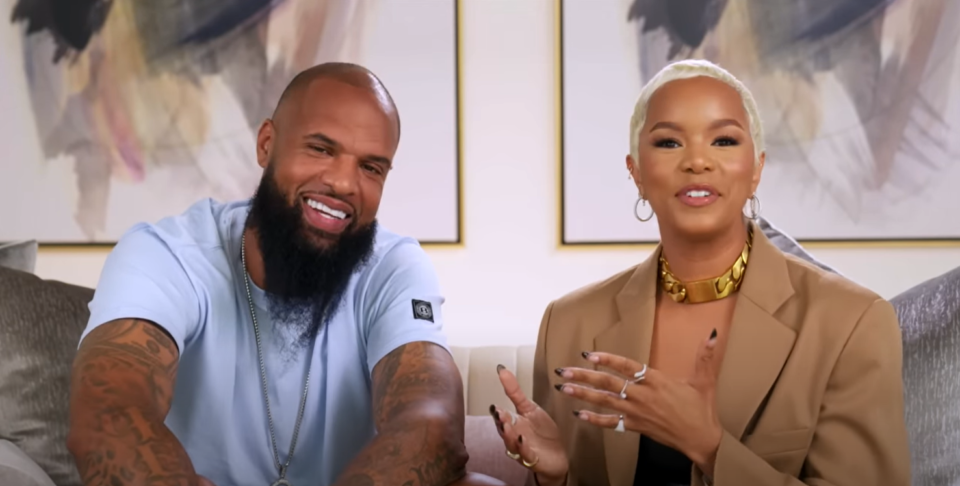 Actress/singer and former Destiny Child member LeToya Luckett is fresh off the heels of separating from her ex-husband Tommy Walker and is ready to bare it all with one of her ex-boyfriends.

Luckett debuted her new YouTube series, Leave It To LeToya, on Monday and for her first guest, the former Destiny’s Child original member sat down with none other than her ex-boyfriend Big Slim, formerly known as rapper Slim Thug.

The singer and rapper and Houston natives dated on and off for 10 years in the early 2000s and while it’s been years since they were romantic, one can’t deny the chemistry they still possess. In the show’s first episode “Having a Conversation with My Ex,” Luckett and Slim got a chance to ask each other open and honest questions that they didn’t while they were dating.

The pair recalled how they met at a club after Slim expressed interest in LeToya. The singer lived in Atlanta at the time, but Slim didn’t let the distance alter his chances with the “Torn” singer.

Luckett didn’t mind gushing over her ex and the confidence that made her fall for him years ago.

Thug shared his love for LeToya’s personality and style of dress.

“Her sense of humor is high and you’ll really laugh a lot dealing with Toya,” he said. “I didn’t know that she was that funny.”

“And when I got to know her more what I liked about her was the friendship. I felt like we were for real BFFs…We really enjoyed kicking it.”

The pair admitted that they wanted different things in the relationship and parted ways due to trying “have something very serious at a very young age,” Luckett said.

“Regardless of whatever happened, it’s still been all love every time we see each other,” she said, adding how it always “felt like home” whenever they linked up.

When it comes to if they are considering getting back together, it sounds like it’s a possibility.

Luckett made sure to add, “What he said.”