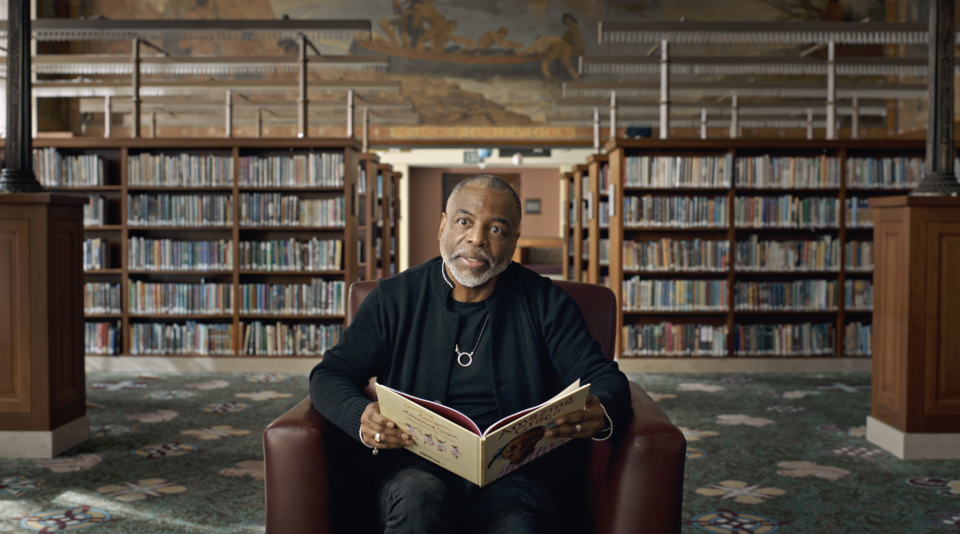 The film, which is currently in production, explores the legendary ’80s television program hosted by LeVar Burton that has been notably recognized as a classroom staple. Butterfly in the Sky chronicles the journeys of a handful of broadcasters, educators, filmmakers, and one incredible host who believed television could inspire a lifelong love of reading.

The documentary film explores Reading Rainbow’s legendary 26-year run and the program’s profound influence on children’s television; from its radical debut in 1983 to garnering over 250 awards, including 26 Emmys and the prestigious Peabody Award.

The feature film will be directed by Bradford Thomason and Brett Whitcomb (GLOW: The Story of the Gorgeous Ladies of Wrestling, Jasper Mall) with a vision to honor the show’s legacy and teach younger generations about this milestone in TV history in our current era of distance learning. Butterfly in the Sky is a Sidestilt Films production (known for their projects with HBO and Netflix), and is produced by Bryan Storkel (Alabama Snake, The Legend of Cocaine Island), and executive produced by XTR’s Bryn Mooser, Justin Lacob and Kathryn Everett.

Inspired by films like “Won’t You Be My Neighbor,” and “I Am Big Bird: The Caroll Spinney Story,” the documentary features archival footage and interviews with Burton along with the major broadcasters, educators, and filmmakers involved in the show these 30+ years.

“Reading Rainbow was my window into the big city and into diverse cultures,” said Brett Whitcomb, director and cinematographer. “With segments like those in “Hill of Fire,” “Liang and the Magic Paintbrush,” and countless other episodes, Reading Rainbow was arguably the first time I encountered “documentary-style” television as a young person, planting a seed that would inspire me for the rest of my life and lead me to where I am in my career to this day.”

With COVID-19 continuing to alter the way children are educated, it’s more important than ever to take a look back at this pioneering and incredibly successful example of distance learning. Additionally, Reading Rainbow is a show that has carried its cultural cachet well into the 21st century. From endless remixes of the iconic theme song to countless affectionate parodies of the show to a cameo from Burton on the series “Community” to hundreds of posts on Twitter recalling the show every day, Reading Rainbow is forever trending.

“As a Mexican-American growing up in Houston, I was always surrounded by diversity,” said Bradford Thomason, director and editor. “More than any show on television, Reading Rainbow reflected the cultures that surrounded me. When the book fair came to my school, I went straight for the Reading Rainbow titles. I didn’t know it at the time, but the show’s mission statement was manifesting itself in me. I devour books to this day and I know Reading Rainbow had a hand in that.”

“We are honored to tell the Reading Rainbow story and document the show’s incredible work to increase literacy for children around the world,” said Justin Lacob, head of development at XTR. “Decades later, the impact of Reading Rainbow still lives on through my lifelong love of reading which I share with my own kids.”