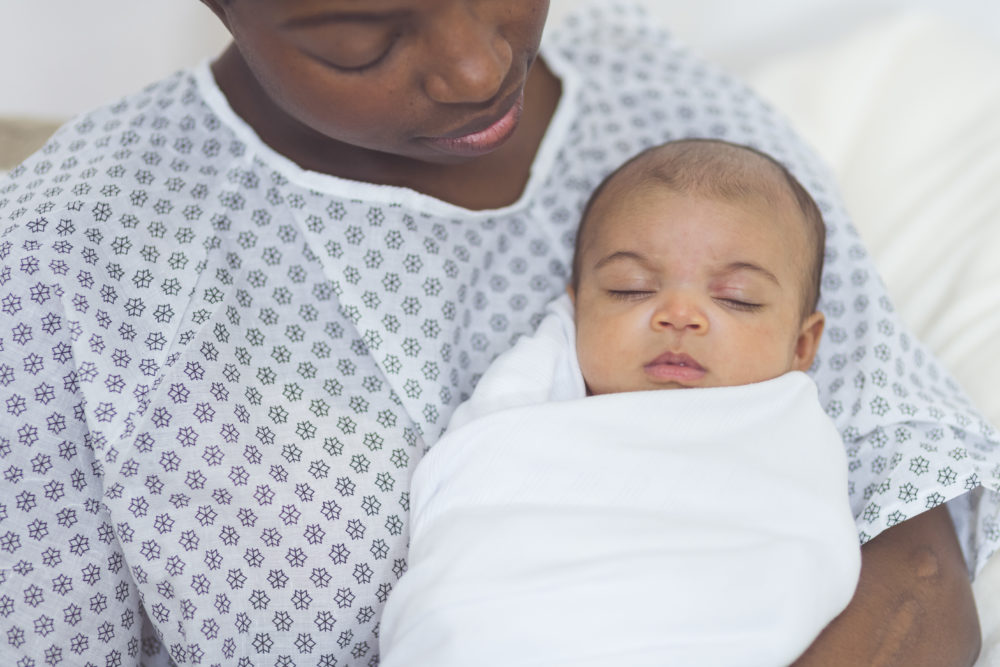 If the reason that black women and babies are dying at much higher rates is largely attributed to institutional racism and the stress that our bodies endure because of it, then how do we educate and inspire confidence in the women who are our country’s most vulnerable pregnant population? We can start by knowing we have options when it comes to black women and childbirth.

Within the past few months, the death of activist Erica Garner and the birth story of Serena Williams have sounded an alarm. They put a face to what decades of research have shown: black women aren’t being seen or heard in the same way that white women are in pregnancy. We can do better. Doulas and childbirth educators fit so well into this equation. We’re here and can help save lives.

Today I’m a doula, childbirth educator, and the co-founder of For Your Birth, a childbirth consultancy and doula agency based in Harlem. I’m also a black woman.

Before having kids, I began my professional career as a Teach for America corps member. I taught middle and high school in under-served communities for 10 years. The transition to birth-work, serving women during pregnancy—a grossly under-served population—felt like a natural progression.

A decade ago, I was pregnant with my first child and new to New York. I didn’t research OB-GYNs; I thought that the doctor who I saw for an annual exam was good enough. That all changed when, at 20 weeks pregnant, I asked him what he thought of the hospital’s birthing center. It sounded like a sensible option for me. I was having a low-risk and healthy pregnancy. He quickly responded, “Would you ask a stewardess to fly an airplane”?

The conversation ended there, and I knew that I would never see that doctor again. I was enraged. I felt unheard and unseen. So, I got curious about what happened in birthing centers and why this doctor would feel threatened by them and presumably the women—many of them doctors and midwives, who deliver there.

My mother, who had given birth to me in a Brooklyn hospital 32 years prior, told me to watch the documentary The Business of Being Born. I did and was immediately intrigued and confused. Why hadn’t I been told, until that moment, that midwifery care was an option?

Within weeks, I changed my care to homebirth midwives. My midwives provided the most comprehensive, personalized, and affirming medical care I’d ever receive. All prenatal visits were done in my home, and I only went to clinics and labs for bloodwork and sonograms.

At 30 weeks pregnant, I heard the word doula for the first time while in a yoga class. Again, here was another amazing option for pregnant women and their partners that I didn’t know existed. Like the midwives, the doula came to my home for an interview and prenatal visit. She would be on-call to support and comfort me in labor for several weeks prior to and a couple weeks after my due date. I later learned that Dr. John Kennell, the late pediatrician and doula advocate, was known to have said, “If a doula were a drug, it would be unethical not to use it.”

On Dec. 19, 2008, I gave birth safely with two midwives, my husband, and our doula in attendance. Two and a half years later, I gave birth to my second son, also at home with midwives and doula support.

What I didn’t know then was that my life had been changed by a doctor’s insult, a documentary, midwives, and a doula.