Like Omarosa, Atlanta's Mayoral Race Loser May Need an Escort Out 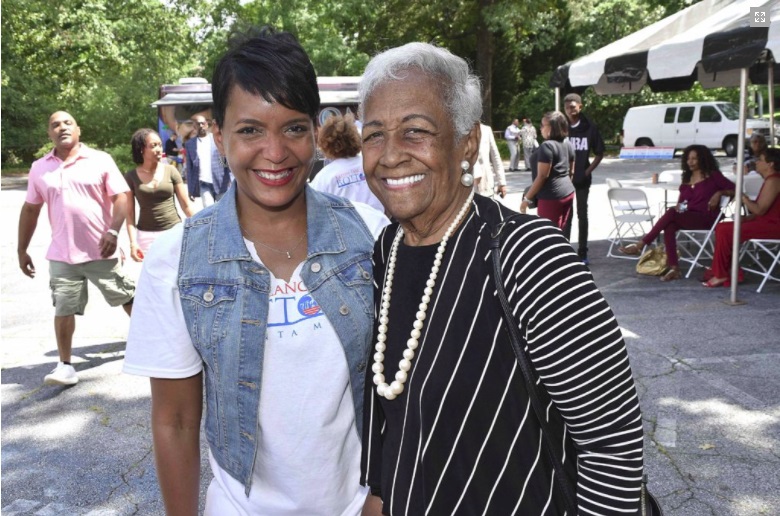 Lost in all the drama surrounding the victory Alabama’s women of color helped deliver to Doug Jones and the collective “Bye Felicia” black women had for Omarosa Manigault Newman as she exited her White House job late last week, was the ongoing refusal of Mary Norwood, a white Republican, to concede defeat in Atlanta’s runoff mayoral election to the new black mayor, Keisha Lance Bottoms—even after Bottoms’ win was verified in a recount.

That’s right, 12 days after Lance Bottom’s Dec. 5 victory, and two days after Norwood demanded a recount, a bitter Norwood was still threatening to challenge Lance Bottoms’ election in court. According to statements by her lawyer, Vincent Russo, they have until today, Dec. 18th to do so.

Meanwhile, the ATL is having a bad case of déjà vu because Norwood lost by a similarly slim margin to outgoing mayor Kasim Reed in 2009, the same year lance Bottoms was first elected to the City Council.

You read right again: This is not Norwood’s first losing rodeo and yet she continues to cling to disbelief rather than figure out how to muster some grace.

As Norwood and her team weigh their options for prolonging the moment, Lance Bottoms has remained largely silent on the issue, choosing instead to focus on the transition as she becomes Atlanta’s 60th mayor at a challenging and critical time.

The 47-year-old attorney and former executive director of the City of Atlanta and Fulton County Recreation Authority (AFCRA) was re-elected to the City Council in 2013, representing a large swath of southwest Atlanta. A former magistrate judge, she was a communications major at Florida A&M, and she received her law degree from Georgia State.

Endorsed by her predecessor, Lance Bottoms spearheaded the sale and $350M planned redevelopment of Turner Field, former home of the Atlanta Braves. She has also worked as a magistrate judge and legal analyst for various media outlets.

Lance Bottoms and her husband, Derek, a Home Depot executive, have been public about their struggles with infertility, and are parents to four children, all adopted. She has been outspoken on subjects around racial profiling, especially when her opponent waffled on whether or not it even exists. In a radio ad during the campaign, Lance Bottoms says, “My husband and I repeatedly have the painful conversation with our teenage son about being stopped by police. It’s a life or death conversation too many parents have to have. Mary [Norwood] can’t change something that she doesn’t even know exists.”

Lance Bottoms is known for her persistence and strong desire for this role, even in these difficult and highly charged political times. She is also known for taking the high road.

On Dec. 5, Lance Bottoms closed out the nail-biter runoff election night at her old middle school, named for Ralph Bunche, a black political scientist and diplomat who, in 1950, became the first African American to win the Nobel Peace Prize.

As Norwood bitterly challenged her victory, Lance Bottoms struck a modern-day diplomatic move herself, tweeting a meme under the heading ‘current mood’: “You’re a diamond, dear. They can’t break you.”