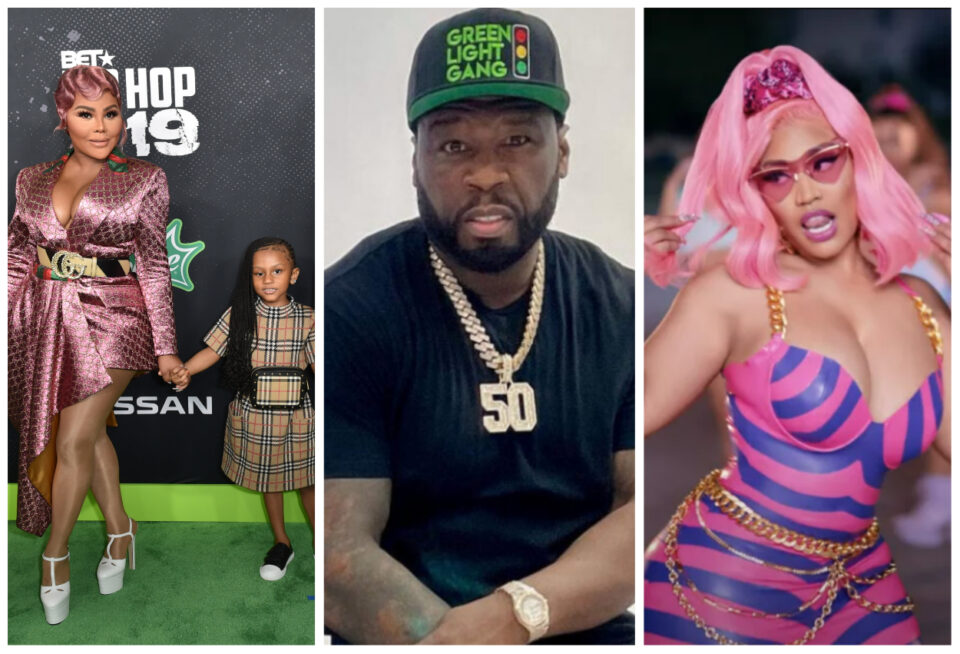 Your friendly neighborhood online agitator, Curtis “50 Cent” Jackson, is at it again. This time he’s cooking up beef between Lil Kim and Nicki Minaj.

At issue, Lil Kim the Queen Bee laid down some controversial lyrics on Megan Thee Stallion’s latest remixed song, Plan B, essentially doing what the former member of Junior M.A.F.I.A has always done, which is spit lyrical fire.

But enter 50 Cent doing what he’s known to do, which is to pour gasoline on the flames by pitting Lil Kim and Nicki Minaj against each other by insinuating that Kim was attacking Nicki in her rhymes and her baby, whom she lovingly refers to as Papa Bear. And as an extra dig, the “In da Club” rapper referred to Kim’s daughter’s eye being “f**ked up.”

In a now-deleted Instagram post, HipHopDX reported that 50 said to Minaj, “QGTM @nickiminaj you better light her a** up i’m watching. she said something about the baby. her baby eye f**ked up. LOL.”

After word hit the internet, Kim responded to the misconception and false accusations made by her fellow New York City rapper.

“I never said a word about anyone’s child… please feel free to listen to the song where we were clearly talking about an EX. To try and twist my words to have an excuse to take digs at my child is disgusting. I’m one of the most disrespected legends in the game but what you will not do is come for MY CHILD.”

But 50, not one to back down from anything or anyone, also got a warning from the father of Kim’s child, according to HipHopDX.

Unfortunately, if you want to hear the song, you may have to search for it since it’s been taken offline.

Mr. Papers claimed that he was the song’s subject and stated on his Instagram account that he was responsible for getting the song taken down.

“Shorty made a whole song about me and YouTube took it down [face palm emoji] God don’t like ugly ma. Plan what?