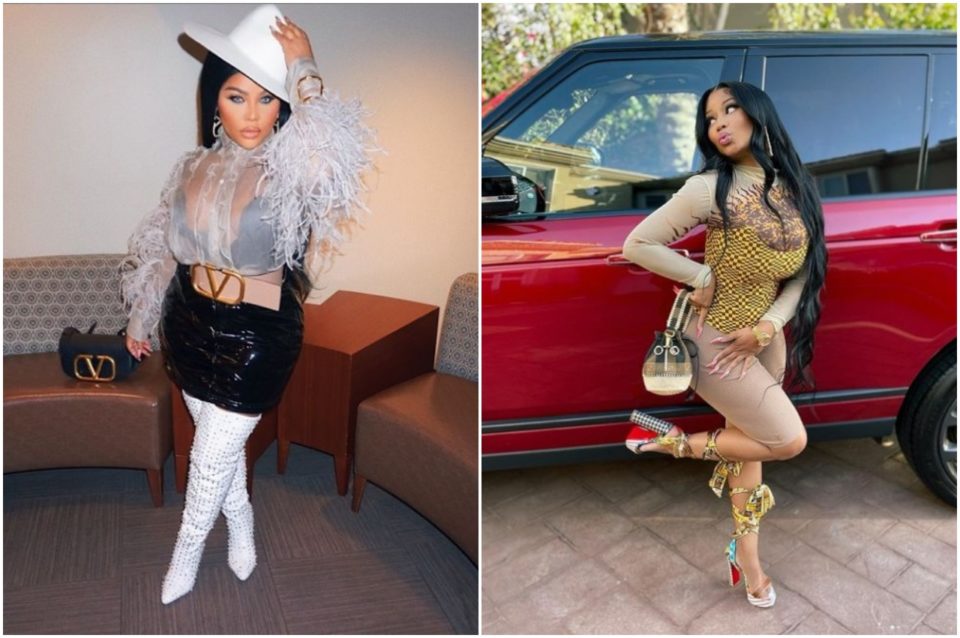 With the popularity of the Verzuz battles, it seems that many artists are positioning themselves to go against their musical rivals. Brooklyn, New York’s Kimberly Denise Jones, otherwise known as Lil’ Kim, knows who she wants to go against in a Verzuz matchup.

After the Saturday night battle between DeAndre Cortez Way, AKA Soulja Boy, and Shad Moss, better known as Bow Wow, people are speculating what the next one will be. According to Billboard, at yesterday’s 2021 BET Awards’ red carpet, Lil’ Kim, offered a suggestion.

“Not going to say who against, but would you do a Verzuz?” The Breakfast Club’s DJ Envy asked. “Is there anybody that you’d do it against? Or are you just ready for anybody?”

Lil Kim wants to do a #Verzuz against Nicki Minaj 👀👀👀pic.twitter.com/aUbYL1Lnle

lil kim just said she would do a verzuz with nicki…. but why???? foxy brown is right there…

Lil Kim lowkey setting herself up, Nicki got a catalogue with different alter egos in rap & pop. Good luck ma

nicki gone show up to the verzuz with lil kim like pic.twitter.com/JSoOIIHyyN

NOT LIL’ KIM WANTS TO DO A VERZUZ WITH NICKI???? OH WE NEED THIS FOR THE CULTURE pic.twitter.com/0o3H8DTDtS

Lil Kim and Nicki Minaj coming together for a Versuz will be so MONUMENTAL FOR HIPHOP!

The culture needs it. Honestly. Swizz needs to cut that check for Nicki

a nicki and lil kim verzuz would be so messy but i’m here for it pic.twitter.com/0LegBzLYs0

Lil Kim reveals she would be ready to do a Verzuz with Nicki Minaj.

My money on Kim💰 pic.twitter.com/jWBtN0Tnhl

it wouldn’t make sense at all cause lil kim & nicki are from two different eras in music & have two different styles of rapping but i guess it would be interesting to watch. https://t.co/D1qmslBnlG

Nicki Minaj is being baited once again. Let’s see if Nicki will fall for this trap again. (Sidebar: a versus with Nicki would be to Lil Kim’s benefit only). Hope Nicki sees through her act.

It would be dope if that Lil Kim v Nicki battle happened so these two could bury the hatchet live and y’all could finally leave them alone.

No doubt that the Lil Kim vs. Nicki Minaj battle would be one for the books. Both Kim and Nicki have extensive musical catalogues.

So who do you think would win?