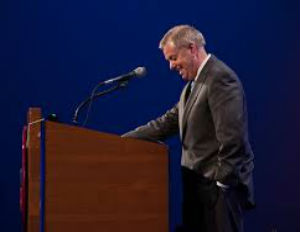 In a private conference callÂ with supporters held shortly before Graham’s announcement, he cited his exclusion from the main-stage debate as a major reason for the campaign’s failure:Â “One of the biggest problems we’ve had was to get our voice on equal footing with others. This second-tier debate process has been difficult for us. I think we’ve done well in the debates, it’s just hard to break through because the buzz doesn’t last very long.â€Â The 60-year-old senator’sÂ inability to pass the requiredÂ polling threshold of 3% to qualify for the main-stage debates had relegated him to the less prestigious (and less watched) undercard debates.

Graham’s outspoken advocacy for climate change legislation, immigration reform, and a re-vamped, strategic plan to take on ISIS will be sorely missed by a GOP struggling with its antiquated image.

In addition to his other moderate-leaning policies, Senator Graham has without a doubt been among the most outspoken of the potential presidential candidates regarding Trump’s proposed ban on Muslims.

When asked for his thoughts on Trump plan, the three-term senator replied with the following:

“He’s a race-baiting, xenophobic, religious bigot. You know you how you make America great again? You tell Donald Trump to go to hell.â€

Thank you for your service, Senator Graham.