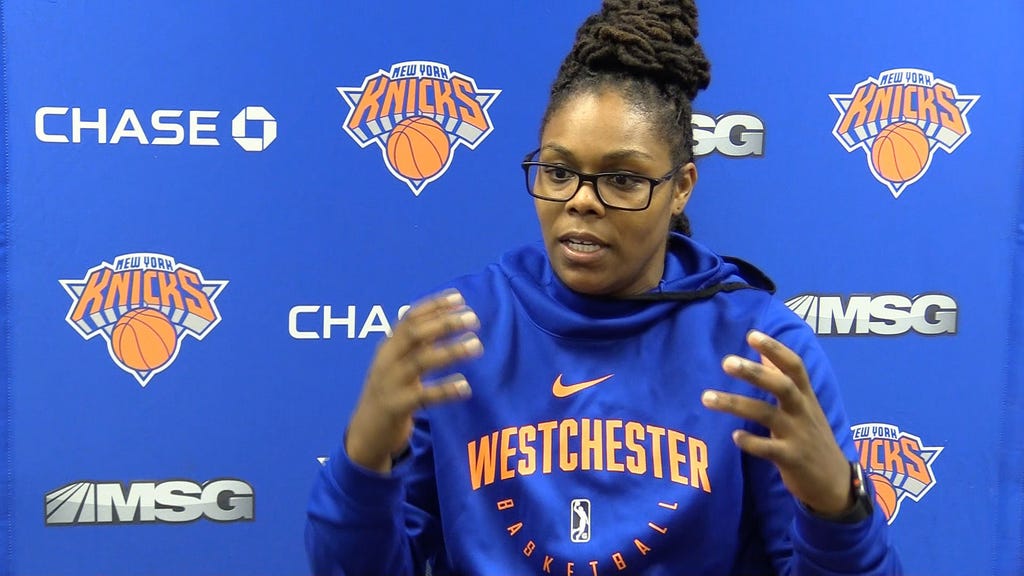 History has been made in the state of New York! According to The Washington Informer, the Westchester Knicks have added former WNBA player Lisa Willis to their coaching staff, becoming the first female coach in the history of New York’s basketball franchise.

In addition to Willis’ hiring, the Westchester Knicks—the official NBA G League affiliate of the New York Knicks—also announced the hiring of Allen Deep as an assistant coach.

Willis, who was the fifth overall pick in the 2006 WNBA Draft, played for the Los Angeles Sparks her first two seasons before continuing her playing career with the New York Liberty (2007-08). While attending UCLA (2002-06), the Long Beach, California, native was recognized as the nation’s best defender by ESPN’s Nancy Lieberman. She graduated as the Bruins’ all-time three-point leader and second all-time in then-PAC-10 history and ranked ninth all-time in scoring.

“The Westchester Knicks continue to be a vital part of our player development program at the New York Knicks,” said Steve Mills, president of the New York Knicks in a press release. “Today, we’ve added two talented coaches who will improve our players’ skills both on and off the court.”

“I am very excited to welcome Allen and Lisa to our Westchester Knicks family,” head coach Derrick Alston said. “Lisa has had the benefit of playing professionally and winning at the highest levels. Given Lisa’s acumen for the game, there is no doubt in my mind that her transition to the sideline will be seamless.”

Alston continued, “Deep has shared spaces with some of the NBA’s most esteemed coaches and has experience developing high level guys. Deep also has a great understanding of the NBA and G League landscape and will be a valuable asset for our organization as we continue to develop the next crop of potential NBA players!”