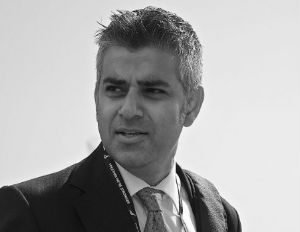 Deeply honoured to take this oath. I will be a Mayor for all Londoners. pic.twitter.com/u1GXBkRvDZ

Discussing Khan’s victory, presumptive Republican presidential nominee, Donald Trump, said that he was “happy” to see him win. “I think it’s a very good thing, and I hope he does a very good job because frankly that would be very, very good.” When asked by the New York Times if his controversial proposed ban on Muslims entering the U.S. would apply to London’s new mayor, Trump stated that “there would always be exceptions.” Mr. Khan did not take kindly to Trump’s comments, dismissing any chance of being a possible “exception” to any possible Trump-imposed ban. “This isn’t just about me — it’s about my friends, my family, and everyone who comes from a background similar to mine, anywhere in the world,” Khan said. “Donald Trump’s ignorant view of Islam could make both our countries less safe — it risks alienating mainstream Muslims around the world and plays into the hands of the extremists.”

While London’s new mayor may not think much of the GOP’s nominee, he has wholeheartedly endorsed Democratic frontrunner, Hillary Clinton. Clinton has also shown public support for Khan, praising his historic win in a tweet last week.

Trump has not yet responded to Khan’s dismissal, but the volatile businessman is known to take to Twitter to air out his concerns with anyone perceived as challenging his expertise.

Meanwhile, Khan continued to point out the flawed reasoning in Trump’s argument against allowing Muslims into the U.S. “Donald Trump and those around him think that western liberal values are incompatible with mainstream Islam,” Khan said. “London has proved him wrong.”