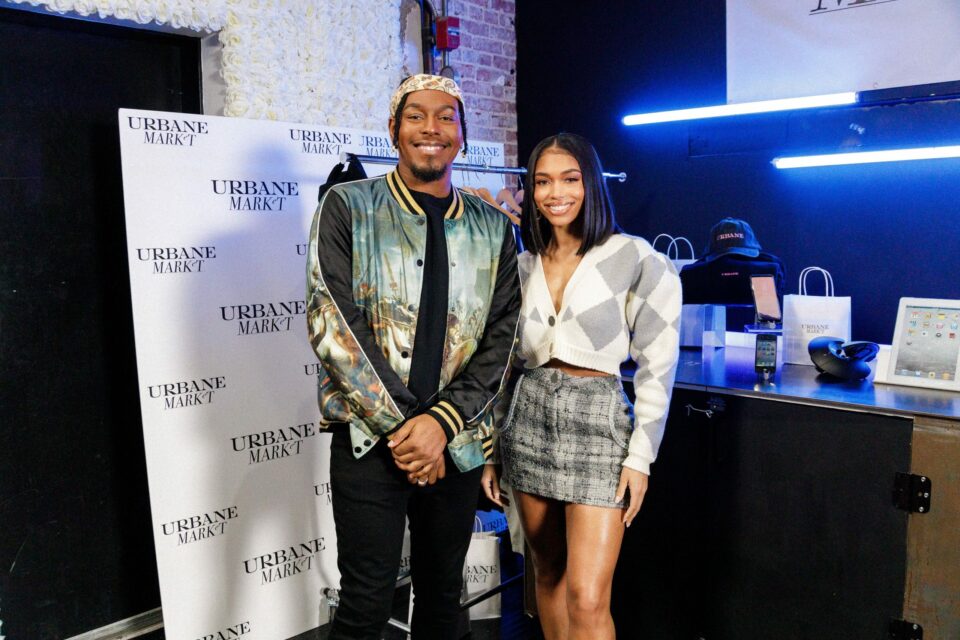 Entrepreneurs and HBCU students Coi Mattison, Malik Waseem, and Journey Carter received the funds from AT&T to start their businesses and shine a light on Black entrepreneurs and their ideas. Grice told AfroTech the initiative is something he’s proud to be a part of.

“I am all about shining a light on amazing, young Black people all over the world. There is so much talent and culture that just needs a chance,” Grice told AfroTech. “They just need a shot, whether it’s capital, visibility, or a mentor, and that has always been a passion of mine, so when this opportunity came to my door, I knew it what perfect for what I believed in.”

Each of the winners has a business they are trying to grow while at the same time trying to help their communities and race with their products with the help of AT&T.

Mattison is the founder of Limbic Lamb, a set of coloring cards for children combining fun and play with uplifting words to boost a child’s self-esteem. Each card in the 48-piece set features an affirmation on one side and a picture on the other.

According to Yahoo, Mattison was inspired to create the deck of cards by the insecurities she faced as a child and later saw her daughters deal with. Mattison’s dream with Limbic Lamb is to help kids feel confident about who they are.

Waseem, meanwhile, is the creator and owner of Urbane Society, a marketplace app allowing independently-owned minority brands to sell their products from wherever they are. There are more than 70 independent brands on the app, which will enable sellers to create personalized and targeted marketing campaigns.

Waseem, who grew up in foster care, said he hopes to be an inspiration to those going through the system, and the goal is to give Black-owned businesses a way to scale up and develop a close relationship reaching a long-term customer base.

Carter created The Journey Collection when she was 12, designing apparel and accessories for the brand. Carter took the brand in a new direction when she was in high school and dealing with her self-image and wanted to build something that would help others love who they are — even if they feel different.

That led Carter to make hoodies, t-shirts, hats, sweatpants, and streetwear with a socially conscious theme. Today, the 18-year old HBCU student proudly calls herself the youngest designer with a store in the famous Beverly Center of Los Angeles.

In February, AT&T announced it had spent $3.1 billion on goods and services from Black suppliers, eclipsing a pledge the telecommunications giant made two years ago during the Black Lives Matter movement.