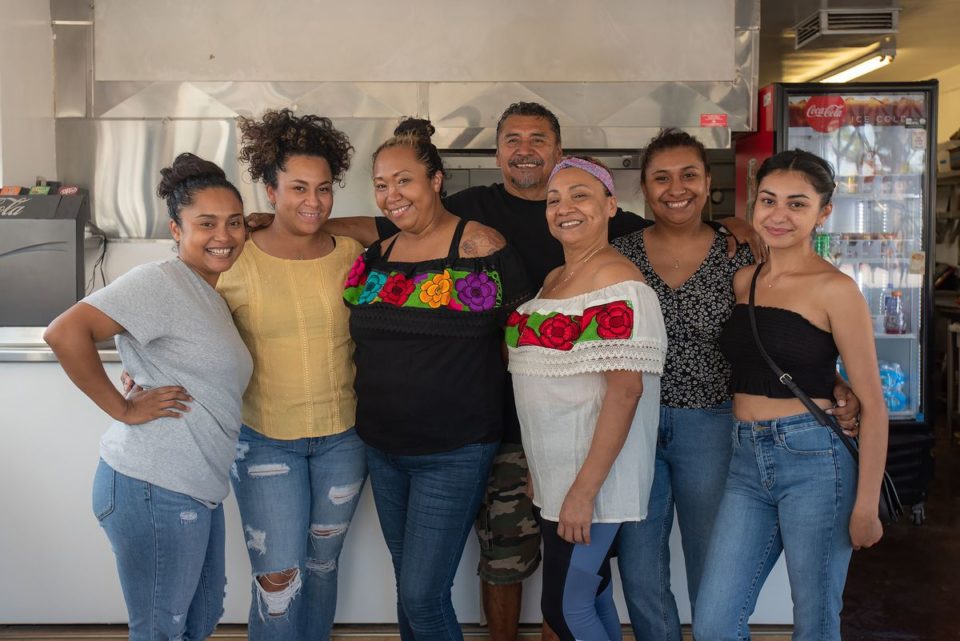 The traditional Mexican dishes are made with African ingredients that derive from countries fond of jerk spice and oils. The menu was inspired by the southern Mexican state of Guerrero, a beloved culture to chef and owner Maria Elena Lorenzo, Travel Noire reported.

Guerreo’s food boast a variety of African flavors due to the state’s African presence that once existed there and gave birth to several generations of Afro-Mexican people.

Lorenzo got her start selling Afro-Mexican cuisine in the predominately Black South-Central neighborhood, Watts. She and her daughters later expanded through the opening of Tamales Elena y Antojitos to reach a larger audience.

A tasty dish that highlights the family’s Afro-Mexican heritage is the marinated beef plate served with plantains—a common side in many African meals.

Tamales Elena y Antojitos is open 9 a.m. to 6 p..m. on Monday, Tuesday, Thursday, Friday, and Saturday. The restaurant is closed on Wednesdays and open 9 a.m. to 4 p.m. on Sundays.

Foodies can also grab a bite to eat at the restaurant’s food truck daily from 8 a.m. to 1 p.m. at Wilmington Ave and 109th St.