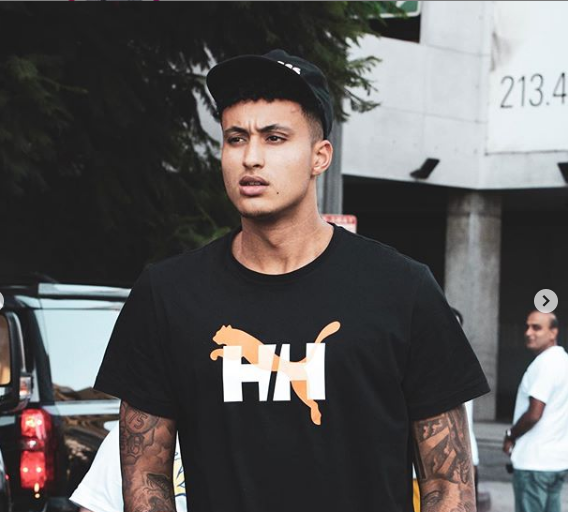 According to ESPN, Los Angeles Laker Kyle Kuzma signed a five-year deal with Puma. The deal is purportedly worth over $20 million.

The third-year player wore Nike his first two seasons before switching up to the current Puma sneakers. Kuzma’s previous two-year sneaker deal with Nike paid him $25,000 per year. Before signing with the sneaker company, Kuzma was also a brand ambassador for GOAT, a sneaker marketplace, and Boku, a health food company. Currently, Kuzma is injured with a stress reaction in his leg that will keep him out of the Lakers’ training camp. He is anticipated to be the Lakers’ third star behind LeBron James and Anthony Davis.

“The No. 1 thing I was trying to look for was a little bit more control, a little bit more freedom to do certain things. Not to be restricted from an idea standpoint,” Kuzma said, reports ESPN. “Having a brand fully commit to me and see that I have visions too —that could work out well for the brand and me as well. Puma was that.”

“The addition of Kyle to our expanding hoops roster is a huge step for our brand,” said Adam Petrick, Puma global director of brand and marketing.

Kuzma also mentions his relationship with slain rapper, Nipsey Hussle (Ermias Joseph Asghedom) and his decision to choose Puma, which recently released The Marathon Continues Collection. “Ever since that moment, trying to carry on that marathon and that type of symbolism, it kind of meant a lot to me,” said Kuzma, who has a “TMC” flag tattoo on his arm. “I wanted to go to Puma, not only for everything that I’ve got going on but to do some things within this community like Nip did.”

The sneaker giant welcomed their latest addition to its roster on the company’s Twitter account, “KUZ CONTROL ON. WELCOME TO THE FAM.”