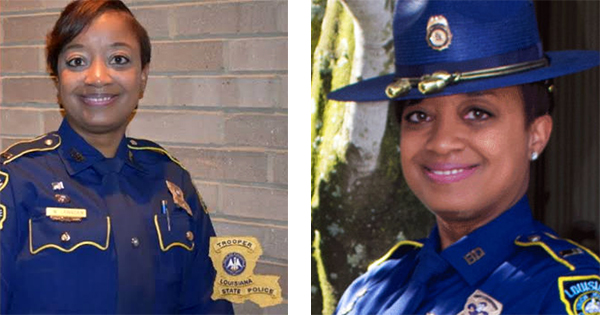 The role of the Protective Services Unit is to ensure the safety of the Governor and the Governor’s immediate family members.

“I am extremely proud of both Captain Larvadain and Captain Chutz and congratulate them on their accomplishments,” said Gov. Edwards. “They have both provided excellent service to the people of our state and exemplify the best of the Louisiana State Police. My family and I are especially grateful for the professional work Captain Chutz has provided to us over the last four years and have the utmost confidence in Captain Larvadain, who has worked alongside him and has now taken over the reins. The longevity of Captain Chutz’s career and the promotion of Captain Larvadain are a direct reflection of their dedication and commitment to the force and our great state.”

Captain Larvadain has been with the force for close to two decades.  She started her career in Troop C in March of 2006 and then moved to the Protective Services in 2008.  She also held positions as a sergeant in the Bureau of Investigations and was a lieutenant in Internal Affairs.  Captain Larvadain also served as an instructor at the training academy.

In 2018, after Captain Larvadain’s daughter, Tiah Larvadain, graduated from cadet training, she became part of the first mother-daughter duo in state police history.  The younger Larvadain said she was inspired by her mother to walk in her footsteps.