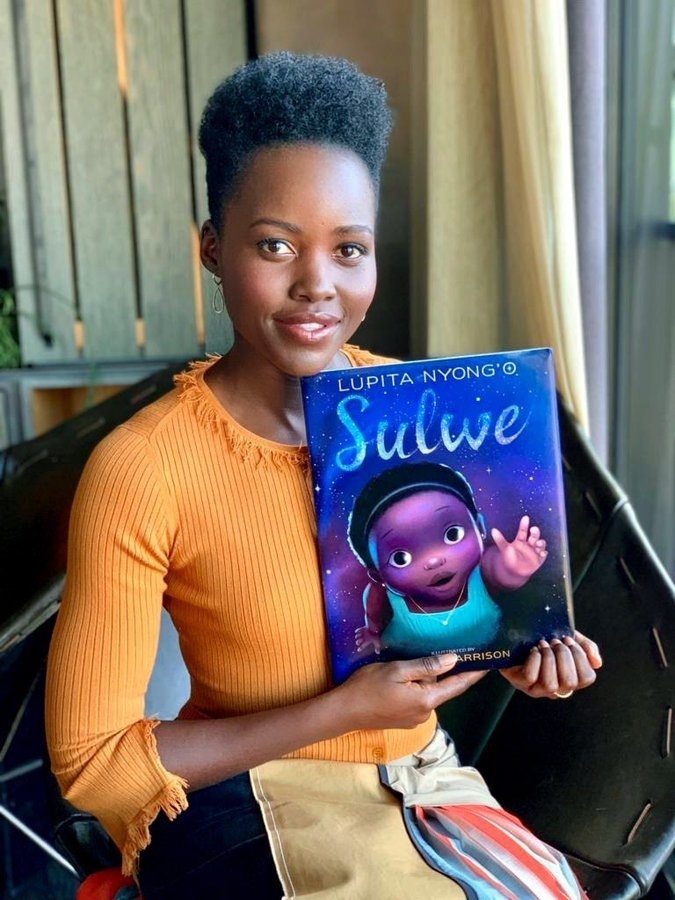 Lupita Nyong’o has released a children’s book to help kids be comfortable in the skin that they’re in.

“When I was younger, I had trouble accepting my skin,” the actress tells Good Morning America. “I grew up in Kenya around very many dark people, but I grew up with a lot of light skin on TV and in the books I read and it made me feel uncomfortable with my skin color.”

“I had a younger sister that was born a lot lighter than me and she got … told how pretty she was, and I realized that it was in the omission of those words when it came to me that made me feel unworthy and so it took a while for me to find my stride and learn to love the skin I’m in. So I wrote this book to help little kids get there a little faster.”

Now Nyong’o has released a book, Sulwe, which tackles the issue of acceptance among kids of color.

According to the book’s description, Sulwe has skin the color of midnight. She is darker than everyone in her family. She is darker than anyone in her school. Sulwe just wants to be beautiful and bright, like her mother and sister. Then a magical journey in the night sky opens her eyes and changes everything.

In celebration of the launch, Nyong’o took to Twitter to reminisce on what gave her the idea to write the book: “#Sulwe is out today & in honor of her debut, I wanted to take you back to the day she was born for me: Just days before the 2014 Oscars, I gave a speech at Essence Magazine‘s Black Women in Hollywood Luncheon. For a surreal, nerve-wracking five minutes, I spoke to a room full of Black women about my own struggle to find beauty in my dark skin… In the aftermath of this open-hearted public moment for me, I realized this message needed to be heard by our most vulnerable: the children.”

“Much like Sulwe, I got teased and taunted about my night-shaded skin,” Nyong’o said in a press release. “My goal in writing Sulwe is to provide young children with a path towards seeing their own beauty, regardless of what society tells them.”

The talented actress was born in Mexico and was raised in Kenya. She made her feature film debut in 2013 in 12 Years A Slave, which won her an Oscar for Best Supporting Actress.