Millennial Moves: Luvvie Ajayi shares some of her money lessons 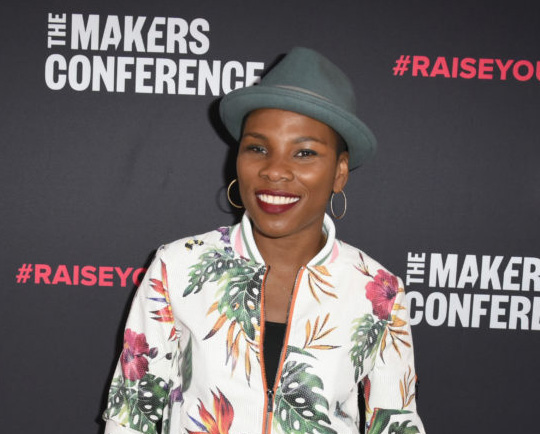 (Image: By Vivien Killilea/Getty Images for MAKERS- Used with permission)

If you’re serious about managing your money and taking actionable steps to reaching your financial goals, it might help to get some insight from Luvvie Ajayi. The New York Times best-selling author, advocate, blogger, TED speaker, award-winning writer, and now, podcaster, chatted finances on the “MAKERS Money” series last week, hosted by Sallie Krawcheck, CEO and co-Founder of Ellevest, the digital investment and planning company geared toward women.

Ajayi captured the attention of many after the instant success of her 2016 best-selling book, I’m Judging You: The Do-Better Manual, a series of her thoughtful and witty essays that dished up some much-needed social commentary and called out bad behavior in our current culture. Her straightforward and sassy voice attracted Oprah Winfrey, who selected her as part of the inaugural SuperSoul 100 list, and Shonda Rhimes, who in 2017 acquired the rights to Ajayi’s book in an effort to develop her first comedy series for cable TV.

Ajayi’s inspirational TED Talk on how to get comfortable with being uncomfortable has over 1 million views and counting. And recently, she also made headlines for co-creating blackwomeninpolitics.com, an online database of all the black women running for office in 2018.

With such an extensive list of accomplishments and a message that attracts the masses, we figured the BE audience would be interested in hearing what she has to say about managing finances. The women behind MAKERS were interested too.

“The future of women’s leadership is alive and well and there was no better way for us to showcase that leadership than to have a stand out like Luvvie Ajayi on the “MAKERS Money” series, said Nancy Armstrong,  executive producer of the “MAKERS Money” series and executive producer at MAKERS, the media platform that showcases the stories of trailblazing women. The series, created and produced by MAKERS and Yahoo Finance in partnership with Ellevest, features weekly advice for women from top female financial experts.

When given the opportunity to catch up with Ajayi in light of the “MAKERS Money” episode, which you can find here, we couldn’t say no. The influencer and thought-leader shared some of her personal experiences with money and why it’s important to gain and improve money management skills.

How important are money and financial health to you? Why?

Financial health is important because when you have a strong financial platform, that’s one less thing to worry about, especially when you’re running your own business.

You said the stupidest thing you did with your money was to keep it in a savings account. How so? And how did you change that?

We’ve been told too many times to put our money in a savings account, we say that’s all we need to do. But there the money is rarely growing, there’s a less than 1% growth. In that sense, it’s like you’re losing money and it’s not doing anything, it’s just stagnant and losing value. When I started making money I realized I could be doing more with it. When you’re investing your money, you can easily get a 4% return.

What would you say to the woman who is considering investing her money but is afraid to?
I would say get a financial adviser, you don’t have to jump into the well by yourself. If you’re not an expert at something you’re bound to feel less confident at doing it, so you want to get more educated and know what you’re putting your money into, know what it means to invest. A financial adviser will walk you through it easily.

It’s one of the biggest kinds of investments and it’s a commitment. I think it’s a goal people should strive for but I don’t necessarily think that not owning a home makes you a bad financial planner; it’s different for everybody.

As you were in your journey from being laid off to becoming the successful, influential person you are today, were there any money habits that you adhered to? How did you address the financial uncertainty that comes with transitions like that?

I tried to live below my means at that time. I tried to save for a time, putting some money away, and that’s the habit you need.

Who would you say is your best financial adviser?

There is not just one person, I did a lot of studying, read a lot of books, read a lot of websites. But it would probably be my mom—she’s always lived below her means too, so I probably got some of that from her. she was never wasteful.

Self-care and finances, do you see a correlation between the two? How can we use our finances and the habits we develop around our money as a form of self-care?

Why do you think that women should have conversations about money & finances?

I’m glad to have had the opportunity to talk about finances on MAKERS. A lot of times men are told how to grow and spend their money, and women are often left out of that conversation.