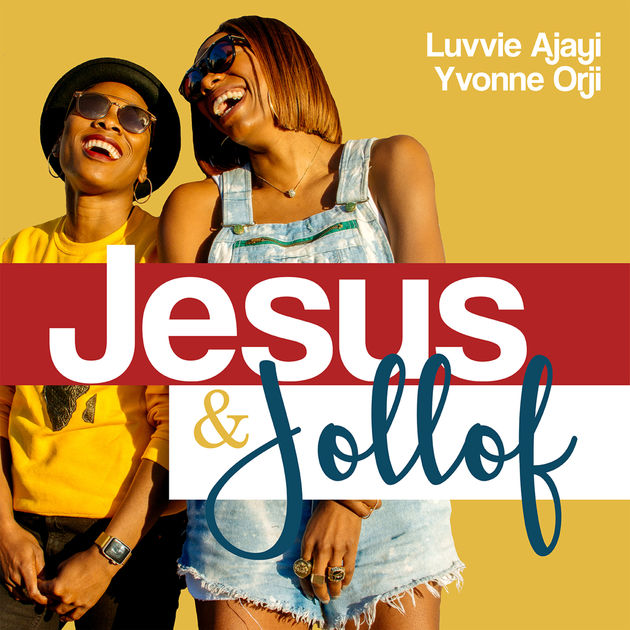 A new podcast has graced our presence featuring author Luvvie Ajayi and actress/comedian Yvonne Orji, who both proudly represent their Nigerian culture. According to the logline, the women are discussing everything they love, their life stories, and whatever else comes to mind in a fun and entertaining way.

The name? Jesus and Jollof, two things that the ladies say they can’t do without. “We need Jesus in our life,” says Orji, and “Jollof rice is a necessity,” proclaims Ajayi.  According to their site, alternative options jokingly included, 2 Goat Queens, a play on Jessica Williams and Phoebe Robinson’s 2 Dope Queens.

The first episode is comedically titled, “The Five Nigerian Love Languages,” which highlights the way Nigerians communicate and show affection, but before they get into the details, Ajayi and Orji introduce themselves and explain how they met and became friends, and how the podcast came to fruition.

“We have Elaine Welteroth to thank,” said Orji. “We were at a party. We were at Bozoma Saint John’s house, it was her birthday and she was being a great host, [pouring everyone tea]. Here goes Elaine, ‘Boz do you have Matcha?‘ Me and Luvvie just went full tirade Nigerian on her.”

Sitting with a mix of extreme shock and foresight meets vision, “Elaine was like, you guys are ridiculous! The very next day she had a poll on Instagram and she was like, who thinks Yvonne and Luvvie should do a podcast? I think 3,000 people responded. 97% said yes,” said the hilarious duo.

After explaining their relationship, the ladies go deep into what they call, the Five Nigerian Love Languages, which are nothing like Words of Affirmation, Acts of Service and Receiving Gifts. Without giving it all away, based on the duo’s personalities, you can imagine what these love languages consist of.

To listen in full, check out their new podcast here.