LVMH (Moet Hennessy Louis Vuitton) is adding new people to its senior team to start the new year. The luxury conglomerate announced they will be appointing Dr. Atira Charles as the new head of Diversity and Inclusion for Moet Hennessey.

Charles has been working within the spirits industry for some time and knows the power of promoting and implementing diversity practices into a corporate environment like LVMH. “As far as IDE and working in the consulting industry, I feel like I was made for this from early on. It has been important for me, in establishing and running my firm, The Charles Consulting Group, to focus on issues of diversity, inclusion and wellness,” said Charles in an email interview with BLACK ENTERPRISE.

“But also, and especially as a woman and as a Black woman, to explore identity and self-awareness, this concept of self and our spirit which needs to be expressed, defended and oftentimes, to do that we need others to rally alongside us.”

Charles went on to say she will oversee different initiatives to promote diversity within the company  and mostly concentrate on collaborations across the organization to work on inclusion efforts consistent with the LVMH brand. She says she will also be “spearheading talent pipelining to promote diversity at the leadership level, as well as at the supplier level.”

“I will also be focused on furthering learning and development initiatives – from training to coaching and more – all dedicated to increasing transparency, vulnerability, and promoting dialogue internally.” Charles added. 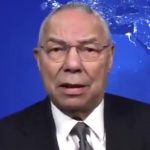 Colin Powell: ‘I Can No Longer Call Myself a Fellow Republican’ 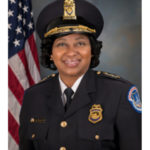