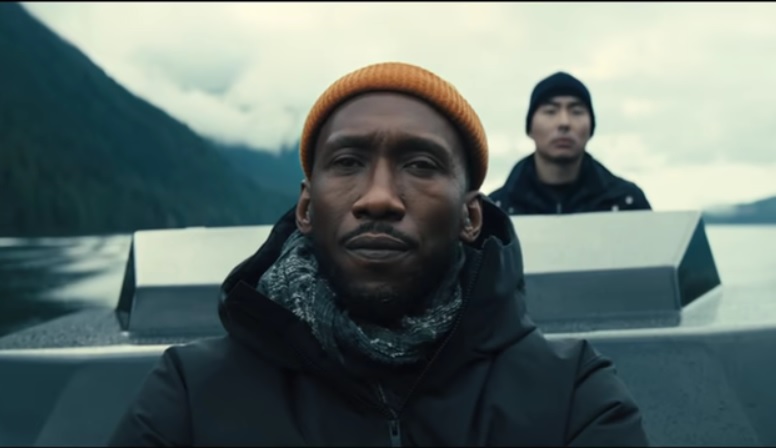 Though he has been a Hollywood mainstay since his award-winning performance in Moonlight, Mahershala Ali‘s latest film, Swan Song marks his first turn as the lead character in a movie.

Ali plays both the main character and a supporting role in this new Apple TV project. Swan Song follows the final weeks during which a terminally ill man must say goodbye to his family, as his clone is prepared to take his place in order to spare his pregnant wife and young child the pain of grieving him.

In addition to his double-duty acting responsibilities, Ali also serves as a producer for the film, written by Oscar-winning writer/director Benjamin Cleary.

On Nov. 12, Ali and the cast and crew of Swan Song, which includes his Moonlight co-star Naomi Harris and Glenn Close, celebrated the movie’s first screening at the American Film Institute’s AFI Fest in Los Angeles.

“It was an emotional day, for me, I gotta say,” Ali told Variety ahead of the screening. “It’s been a long time coming, but, in some ways, it went by very quickly. In a larger sense, I think I feel prepared for the moment as best I can. I could have done it a year or two earlier, but with a lesser film probably, so to get to do it with this film that just feels so rich and [have] the characters and the supporting cast [be] phenomenal, I’m just really grateful.”

Ali’s next lead role isn’t far behind. The actor is slated to play the title role in the Disney reboot of Blade, which will bring the comic book franchise popularized by Wesley Snipes into the Marvel Cinematic Universe. While the studio has not announced a release date for Blade, the project is scheduled to start shooting in July 2022.

Swan Song will be available on Apple TV+ on Dec. 17.