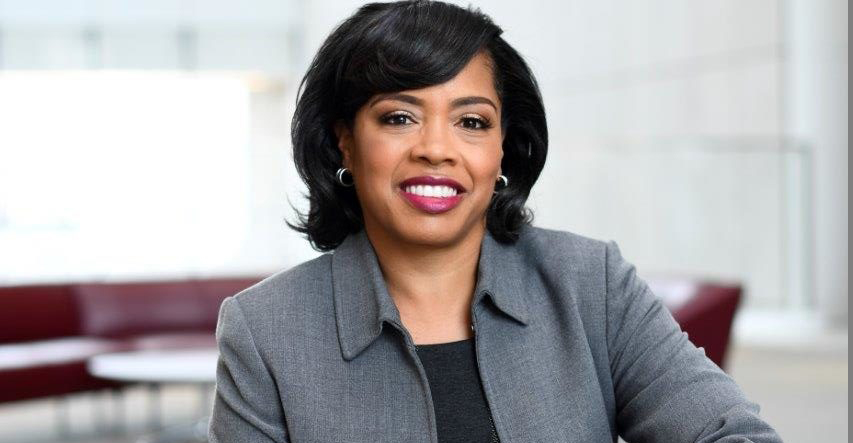 In the wake of Major League Baseball being outed for its lack of home runs in the diversity and inclusion area a few months back, Commissioner of Baseball Robert D. Manfred Jr. announced Monday that Michele Meyer-Shipp has been drafted as its chief people & culture officer. Starting in October, Meyer-Shipp will oversee all of the league’s human resources activities, including talent processes and programs, workplace culture, and diversity and inclusion. She will also oversee all off-field office operations.

“I am very pleased that Michele is joining us to fill this vital role,” Manfred said in a released statement. “Michele’s outstanding record of accomplishment will be a valuable addition to our senior leadership team. We are excited for her to get started.”

Meyer-Shipp says that in deciding to leave “Big 4” accounting firm KPMG after two years as its chief diversity & inclusion officer, she is “taking my own advice to continue to grow and develop in your career and to make strategic moves when they come your way.”

Previously, Meyer-Shipp spent more than a decade as an employment lawyer before holding global chief diversity officer roles at Prudential Financial and the law firm Akin Gump Strauss Hauer & Feld. She has been recognized repeatedly throughout her career as a “Top Executive in Corporate Diversity” by BLACK ENTERPRISE.

At Major League Baseball (MLB), she says, “I will have the opportunity to use all of the skillsets that I have developed over my 25-year career to lead not only D&I, but also all human resources, culture, and operations activities at the League.”

Without question, it’s a big job. In April, The Institute for Diversity and Ethics in Sport (TIDES) at the University of Central Florida, released its annual Major League Baseball Racial and Gender Report Card. It showed only a slight uptick in racial hiring over 2018 (from 88% to 89%, earning an A- in the report) and an actual decline in the hiring of women (earning a C for gender hiring). But in a sport that was famously desegregated by Jackie Robinson 72 years ago, the number of African American players on the field has dropped from a high of 18% in 1991 to barely 8% today.

The league has a poor record of diversity among key decision-makers throughout the organization, according to an April article on ESPN.com by Richard Lapchick, an author of the TIDES report, who also noted that the MLB Central Office currently has the lowest gender grade among all the major sports leagues.

Kathleen Francis, president of Women in Sports and Events, was pleased to hear about Meyer-Shipp’s appointment. “The depth and scope of her experience across several industries will serve baseball and the entire industry very well,” said Francis, a marketing executive who left MLB in 2001, after more than a decade there. “I am excited to welcome Michele and I stand ready to assist her in achieving her goals.”

At KPMG, Meyer-Shipp has been credited with overhauling the firm’s D&I strategy and leading creative conversations across difference while stepping up during a tense and challenging time to help lead KPMG’s response to the Black Lives Matter Movement, amid the COVID-19 pandemic. She says the accounting firm has “taken the stance of leader-led, business-owned diversity efforts to heart” and that new KPMG “Chairman Paul Knopp and heads of the organization’s businesses are all personally engaged in leading specific efforts to advance the recruitment, development, and advancement of Black talent.”

Meyer-Shipp, who recently appeared on “On the Clock with Caroline Clarke,” to discuss leading with honesty in the face of adversity, says she plans to build “a best-in-class human resources department in which diversity and inclusion are embedded into all processes and functions,” at MLB. “I also plan to create a diverse and inclusive culture wherein every employee can bring their full selves and together, with the power of our diversity, advance the league’s vision and mission.”

Watch Michele Meyer-Shipp’s recent appearance on On the Clock with Caroline Clarke below.