Women: Learn How to Thrive in a Male Dominated Industry 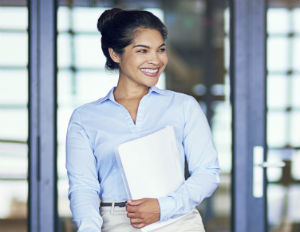 When competing in a male-dominated industry, such as science andÂ technology, women may face an uphill battle.Â In fact, according to a study published in the Journal of Applied Psychology, “if they [women] succeed, their co-workers, both male, and female, may unfairly see them as unsociable and difficult to work with.” To gain some insight on how women can make their mark as leaders in the workplace, Black Enterprise caught up withÂ Judith Williams, the global head of diversityÂ atÂ Dropbox.

Â BlackEnterprise.com: At times women in the workplace earn a reputation for being catty, aggressive or competitive, especially when working with other women.Â Can you share your perspectives about this?

Williams: I definitely think we have to question that characterization of women. One of theÂ things that the research from Unconscious Bias Â (refers to is quick judgments and assessments of people and situations without realizing it) tells us is that women face a very difficult trade off.

For instance, when women ask a question in the same way men do, it may be respected but they are liked less (by others). And that’s where that negative reputation may come from. So it may be aÂ reality of how women are interacting in the workplace, but I think a lot of it has to do with perception.

Perceiving women behaving in the same type of assertive and leaderly way–the same way as men, yet when women react the same way, it’s perceived as negative. Like men, we are career-driven and assertive, and we want to be leaders. And like the research says, especially for black women, we are more likely to take leadership roles and more likely to educate ourselves because we want those roles, but less likely to actually get them.

What’s the best career advice that you would give to a woman who’s trying toÂ excel in a male-dominated industry?

It’s very important for all of us to find ways to be authentic in the workplace. So when looking for job opportunities, make sure you learn about the community and culture of the company.

Secondly, think about getting sponsors and mentors. A mentor is someone that you go to with questions about your career and maybe somethings happening outside of the workplace. Sponsors are similar to mentors, but they are also driving Â your career when you’re not in the room. For instance, if a question comes up about who should get a great assignment or job promotion–the sponsor speaks up for you, and says, “Kandia is ready and she has the skills.” I think it’s important to get sponsors because that counteracts a lot of the perceptions that people may have about women who are ambitious.

Lastly, consistently try to do better. When I talk to folks who are just starting out in their career, I ask them to think about where you want to be in five years and look at your work and the things that you’re doing as opportunities to gain more skills. Treat this as your Northstar for yourself, so you can put into context all the work that you’re doing. Even if you get frustrated with the day to day of what’s going on at work, you can connectÂ that work to your longer term goals, and find a way to be fulfilled and successful at work.