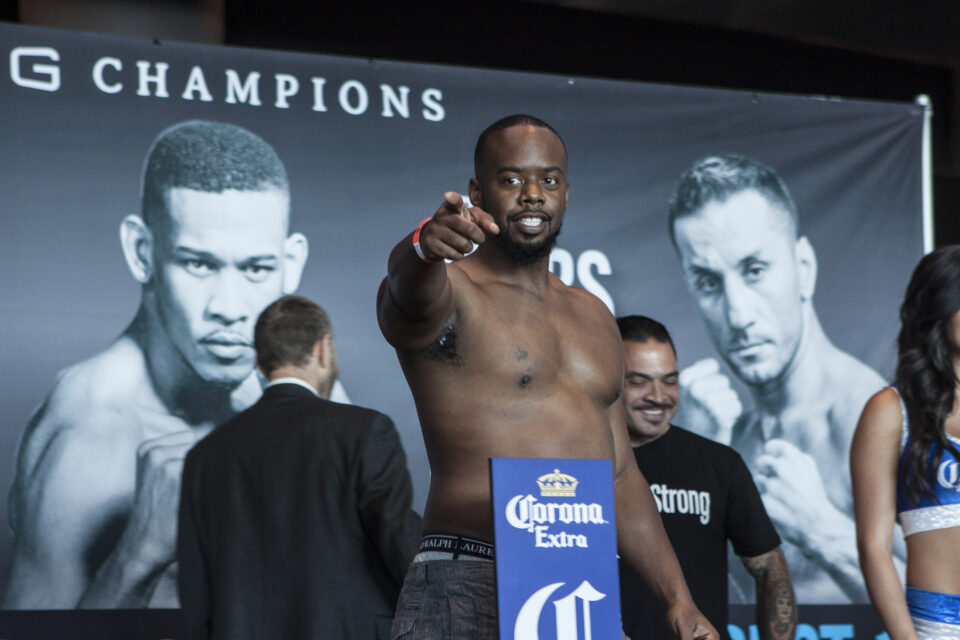 A Houston man took his life after fatally shooting his wife’s boyfriend during a meeting to discuss his divorce.

Harris County police responded to reports of a disturbance around 11:55 a.m. at a restaurant in northwest Houston on Wednesday, KPRC reports. While investigating, police learned the husband, 61, and wife, 28, agreed to meet at the restaurant to discuss the terms of their divorce.

The woman was accompanied by her boyfriend, who was later identified as local boxer Maurenzo Smith, 44,  Fox 26 reports. The husband walked into the eatery with the divorce papers and spoke with his wife for about 20 minutes before things took a turn for the worse.

The husband reportedly left the restaurant but returned shortly after and fired 13 rounds at Smith and his wife. Smith was struck several times and the husband attempted to shoot his wife, but missed, police said.

Smith was pronounced dead at the scene and the wife and six other people inside the restaurant were uninjured. Police pursued the husband and upon locating him, he got out of his vehicle and allegedly shot himself in the head.

He was taken to Houston Northwest Hospital in critical condition where he died from his injuries. He and his wife were married for nine years and share no children together.

Smith’s family and loved ones are mourning his tragic loss.

His sisters expressed their confusion about the murder after recalling her brother’s phone conversation with the husband the day before where he said things seemed fine.

“He did talk to him yesterday. I don’t know the conversation. But when my brother got off the phone, he said that everything was OK, the gentleman was a cool guy,” Smith’s sister, Ida Carter said.

His murder comes after a series of losses for the family.

“A couple of years ago, we lost our mother,” Westpierce said. “He lost his wife, and now we have lost our brother.”

The sisters are devastated about the loss of the brother who was killed inside the last restaurant they all are at together.