Civil Rights for a New Generation: Rescuing the Abandoned 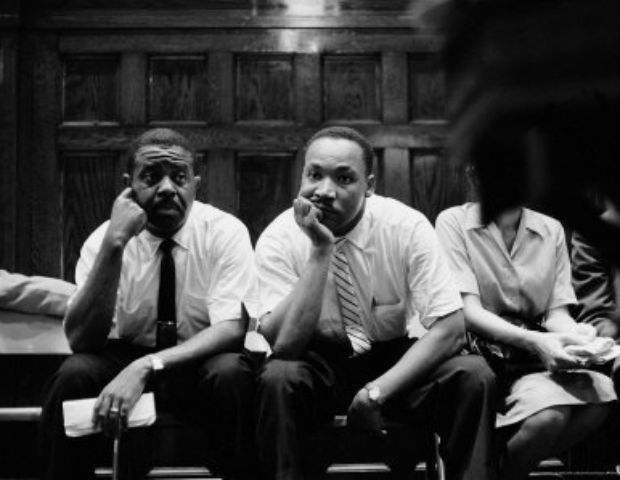 Ralph Abernathy is known for being one of martin Luther King's closest friends and successor as president of the SCLC after King's death. Abernathy helped King organize the Montgomery Bus Boycotts to answer the injustice of Rosa Parks' arrest for refusing to give her seat for a white passenger. The work Ralph Abernathy did with Martin Luther King is credited with helping get the Civil Rights Bill of 1964 and the Voting Rights Act of 1965 passed.

After King's death in 1968, Abernathy continued to lobby for assistance for the country's poor. Abernathy kept speaking out about injustices against America's poor until his death in 1990 due to two blood clots that traveled to his heart and lungs.

African Americans have made astounding progress in my lifetime, and particularly since I founded Black Enterprise 43 years ago. A black family resides in the White House, headed by a black man, President Barack Obama, serving in the most powerful position in the world. But it goes beyond that most obvious symbol of African American progress. The numbers of black people who hold positions and have power and influence that transcend race–from Oprah Winfrey and Robert L. Johnson to Shawn “Jay-Zâ€ Carter and his wife, BeyoncÃ©–defy casual enumeration and can be found in nearly every conceivable arena from Wall Street to Hollywood.

Even more telling than the swelling ranks of African Americans among the rich, famous, and powerful is the impressive and continuing growth of the black middle class, with its corresponding increase in income. Indeed, according to a recent Nielsen study, black spending power is set to cross the trillion-dollar threshold by 2015.

Many would–and do–cite these and other realities of 21st century black America as ample evidence that 50 years since the historic March on Washington for Jobs and Freedom, and 150 years after the signing of the Emancipation Proclamation, African Americans have reached the promised land of equal opportunity. The civil rights movement, of which Dr. Martin Luther King Jr. was a leader and is now the patron saint, has triumphed–and we have, finally, overcome.

It’s a nice, comforting, and even inspiring notion. But it’s just not true. To believe otherwise is to write off the roughly 25% of African Americans still enmeshed in crushing poverty; underperforming public schools; rampant unemployment; substandard healthcare; cycles of violent crime and imprisonment; and dysfunctional, underserved neighborhoods. To declare that we have overcome is to forget about those who Pulitzer Prize-winning columnist Eugene Robinson labels in his book Disintegration as “the abandoned.â€ Leaving them behind to focus exclusively on building black wealth and making the black middle class more secure is the equivalent of shutting down the Underground Railroad and ending the abolitionist movement based on the twisted logic that all deserving black people had been freed and the rest were just meant to be slaves. Such thinking is not only morally repugnant, but an offense to the principles upon which America stands as a beacon to the world.

Our nation will have much to celebrate as we recognize the 50th anniversary of the March on Washington on Aug. 28. However, we need to take this occasion as an opportunity to not just revel in the civil rights victories of the past generation, but to set and refocus the civil rights movement for a new generation–with a clear focus on building a pathway for the “least of theseâ€ of black America to the promised land of freedom and equality. Our partnership with the Bill & Melinda Gates Foundation to engage African American business leaders in the battle to fix our public schools is just a small example of what must be our new civil rights priority–to build a new “Underground Railroadâ€ from poverty and dysfunction to the mainstream of unlimited opportunity that a growing number of African Americans now enjoy.

So, no–though we’ve come a mighty long way, we have not overcome. But deep in my heart, with the ideas, ideals, and energy of a new generation with a new civil rights mission, I still believe we will.