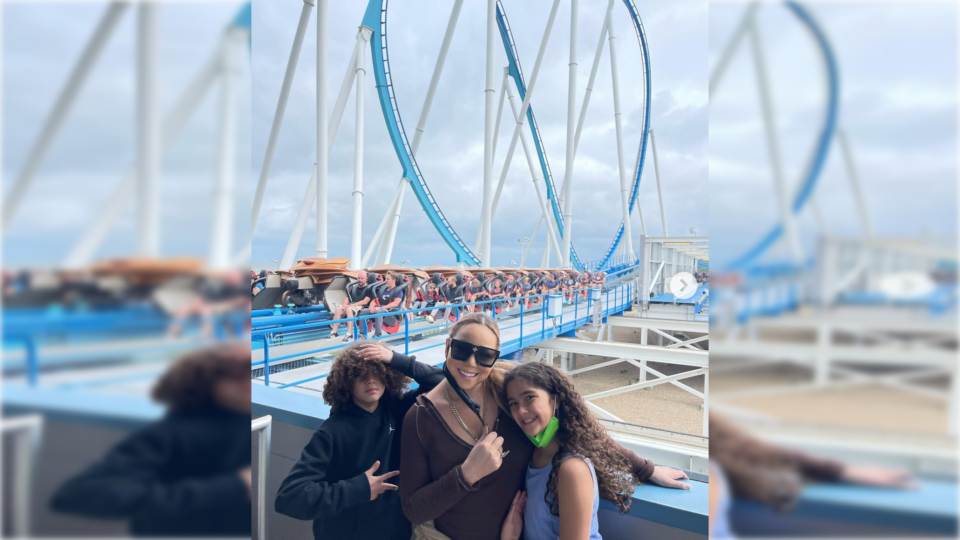 As Nick Cannon prepares to welcome his 10th child, the superstar mother of his eldest two kids took “dem babies” to the amusement park.

Mariah Carey took to Instagram to share an adorable family photo from her trip to Cedar Point Amusement Park in Sandusky, Ohio.

“Had the best time at @cedarpoint! Never again with the heels though!” Carey captioned her Instagram post.

The slide included two photos of the Grammy award-winning singer smiling alongside her 11-year-old twins, Moroccan and Monroe, in front of a giant roller coaster. One photo was taken during the day and one at night, highlighting how much fun Mimi and her two little ones had at the park.

“Imagine being on that roller coaster and seeing Mariah… I’d scream Fantasy the whole ride,” one fan said.

Another noted how much of a “legend” Carey is for walking around the amusement park in her signature stiletto heels. One Instagram user highlighted Carey’s change in attire between the two photos.

“It’s you having a wardrobe change at the park,” they wrote.

Carey’s amusement park trip comes amid Nick Cannon’s announcement of yet another pregnancy. His 10th child is with Brittany Bell, who will soon share three children with the Wild N’ Out creator.