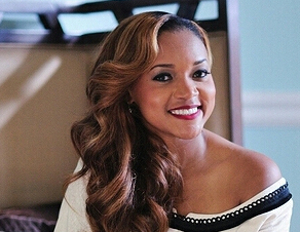 Shows based on the medical field have traditionally drawn large audiences. E.R., Grey’s Anatomy and Private Practice are just a few of the hundreds of shows that have taken place in hospitals. But no scripted show can capture the real life drama and high stakes that occurs in real life with real doctors. Mariah Huq is looking to fix that.

As the producer of the upcoming reality series, “Married to Medicine,â€ Mrs. Huq will give audiences a peek into the real lives of doctors and their families. She also stars in the series, alongside her husband, Dr. Aydin Huq, a top ER doctor with two prestigious medical groups. The show hopes to convey the often frantic reality doctors and their families live thru on a day-to-day basis.

“The show deals with real issues. I wanted to show the world that doctors are not sterile robots!” she said.

Huq, was once courted to be part of “The Real Housewives of Atlantaâ€ but producers soon realized she had the “itâ€ factor to start in her own series. Premiering early spring on Bravo, “Married to Medicineâ€ will take viewers inside the lives of prominent Atlanta physicians and their families.

Mariah is a mother and a busy entrepreneur as well. She’s the Chief Operating Officer of Jewel and Jem, a multicultural home decor line featuring images that uplift and inspire children of all ages and cultures around the world. The line will be launching into multiple department stores this year.