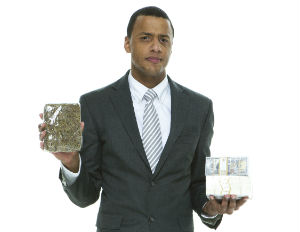 The “4-20” calendar date is widely recognized as a holiday by cannabis enthusiasts, sparking events and cannabis-driven tourism. The cannabis industry, which totaled $5.7 billion in sales in 2015 and is expected to clear $7.1 billion in 2016 according to the Arcview Industry Report, sees the most customer traffic and highest sales on April 20.

“Consumer traffic increased in 2016, but retailers used discounts and price incentives to lure customers.” Jeannette Ward, MJ Freeway’s data & marketing director, points out. “For states, the comparison is telling from a total dollar sales and tax revenue perspective. Even states with a broad and well-utilized medical market like California cannot match the sales traffic and spend of a regulated medical and adult use state like Colorado; not even close. April 20 sales results show that states with medical and adult-use cannabis markets win the revenue game.”

Reporting by BlackEnterprise.com reveals that while the naysayers continue to perpetuate the story that people of color are being left out of the cannabis industry, black businesses are benefiting from legalized MedicalÂ marijuana. People of color may not be bustling at the seams as cannabis farmers or dispensary owners. Consumers shouldn’t be misled: people of color, African Americans in particular, are in the cannabis scene.

“Retailers need to be careful to ensure that discounts to drive traffic don’t eat unnecessarily into profit margins and that increased traffic is sustained with successful loyalty and rewards programs. We can manage that for our retail partners,” says Sue Jensen, director of solution services for MJ Freeway.