On Tuesday, the Marine Corps’ Office of Public Affairs announced the nomination of Colonel Lorna Mahlock by President Donald Trump to serve as brigadier general in the United States military. If she is confirmed, Mahlock will take over the assignment as director of the Marine Corps Staff, and become the first black woman to serve in that role.

The United States Marine Corps, which has long been dominated by white men, launched a marketing campaign in 2012 in an effort to diversify its ranks. They ran television ads during college and professional football games, placed ads in sports magazines, and uploaded a series of online videos, which senior officers told the New York Times would “resonate with young people in general, but women and blacks in particular.”

Mahlock is currently the deputy director of operations, plans, policies and operations directorate at the Marine Corps’ headquarters in Washington, D.C.

Col. Lorna M. Mahlock’s qualifications for the job matter more than her race, but these milestones are worth celebrating and represent a win for women, our country, and any individual who faces tremendous odds but refuses to stay an underdog. https://t.co/Al3QmRQ2HS

She has previously served as the Commanding Officer of Marine Air Control Group 18 (MACG18) in Okinawa, Japan, overseeing 1,300 military and civilian personnel and was responsible for equipment and infrastructure worth $250 million. She also leads, maintains, and operates a unit with 400 marines, and $60 million in commercial network and satellite equipment in over 15 sovereign countries.

Mahlock also has experience working with lawmakers and private industry professionals. Before her stint with MACG 18, Mahlock worked with lawmakers as the Chief Information Officer of G6, engaging members in support of key Department of Defense legislation in the 2014 National Defense Authorization Bill. She also coordinated with industry leaders like Sheryl Sandberg and Simon Sinek on human capital and talent management strategies.

For a year, she worked at the Office of Legislative Affairs, managing the Marines’ manpower legislative portfolio for the Chief Executive Officer of the Marine Corps. For three years, between 2010 and 2013, Mahlock served in the European Command in Germany, coordinating the activities of several arms of the military and Special Operations activities across 50 countries, including Turkey and Israel.

Mahlock earned a broadcast journalism degree from Marquette University in 1991 and a graduate degree in Adult and Higher Education from the University of Oklahoma. She also earned a master’s degree in Military Strategic Studies from the U.S. Army War College in 2010, according to her LinkedIn page. 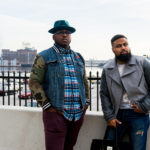 The Building of a Black Fashion Brand Made in Baltimore 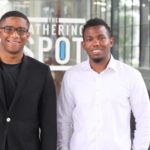