Mario Van Peebles Captures Youth Culture With 'We The Party' 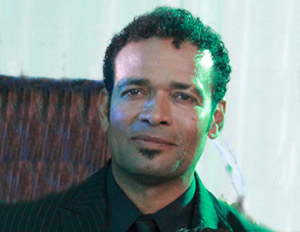 Ask Mario Van Peebles what some of his favorite coming of age movies are and he’ll site iconic flicks like House Party, Grease and The Breakfast Club. Each movie is different in terms of plot but what they have in common is the fact that the “teenagersâ€ are played by adults, who look to be at least 10 years out of high school, and most of those movies depict teen angst from an exaggerated perspective.

Nearly 20 and 30 years since any of those films were popular, youth society has changed drastically. There’s the Internet, iPods, a Black president in office and a different mentality when it comes to what children know. It’s a revelation that hit Van Peebles during an outing with his teen sons, where he escorted them to a club as an undercover kid. Inspired by the experience, the filmmaker took notes about what he saw as far as how kids were dancing, how they talked and what music they were listening to and eventually the script for We the Party, which hits select theaters today (April 6), was born. The film centers around five high school friends dealing with sex, money, college, bullies, fitting in, standing out, and finding themselves in the age of Obama and the Internet.

BlackEnterprise.com chatted with Van Peebles about how he funded the film, why it was important to cast actual teenagers–including his five children–and why viewers should support independent films of this nature.

It’s been a while since we’ve seen a fun coming of age flick with a Black lead; how did We the Party come about?

We the Party just kind of happened… I went out to these underground clubs with [my kids] and I’d never seen them like this. It was like going “incognegroâ€ and just hiding out and I would just make notes… I just started writing it down and I was thinking about movies that I loved that were coming of age like House Party, which was mostly Black and The Breakfast Club, that was all White, and I thought what about 2012, if you could do a movie with real teenagers that was legit–the way they really are–and make it all teen. So, it’s mixed up. It’s everybody in it and you have a generation now coming of age in the Obama years and in the Facebook years and they’re radically different. This is the time to do that smart, fun, coming of age flick and it was inspired by my teens.

From Michael Jai White and Snoop Dogg to your son Mandela, who makes his acting debut, you have a diverse array of people in the film. How hard was it for you to get folks to see your vision?

Yeah, I got the teenagers my age in and they got the teens their age in [laughs]. It’s like you bring your friends and I’ll bring my friends. We not only got Snoop but also his son. We got Diddy‘s son; we got the Wayans’ brothers’ kids; we got a lot of second-generation kids… We got Orlando Brown from That’s So Raven, we got The New Boyz–my kids were my own little think tank, they were like, “Man, you better get this song in there by these guys called The Rej3ctz, and they perform it at the prom scene in the movie and now it’s at 84 million hits on YouTube. So the viral stuff on this is big.

The way in which you’re ushering your son Mandela into the movie business is reminiscent of what your father, Melvin Van Peebles, did with you. Can you speak on the father/son dynamic on set and balancing work and family?

My grandfather had a tailor shop and when my dad worked at the tailor shop it wasn’t so much learning how to be a tailor, it was also learning work ethic. I have all five of my kids in the movie, three boys and two girls but it wasn’t just about starring or acting it was about getting work ethic. Let me say this, if you grow up on a family farm, you just learn a little bit about the town and fixing the chicken coup and taking care of the horses. It’s all part of the Zen of farming and when you grow up in an independent filmmaking family like the Van Peebles family, you learn about editing and directing and writing but just because you learn it, that doesn’t mean that’s the business you’re going to be in. We’re bilingual; I learned to be bilingual with my dad. We had one language as father and son and one language as director and actor. I was with Mr. Van Peebles the director [on set] and I understood that and that was cool, and when we got home he was just dad. I could wrestle with him and play with him and not always agree with him and that was in a different place.