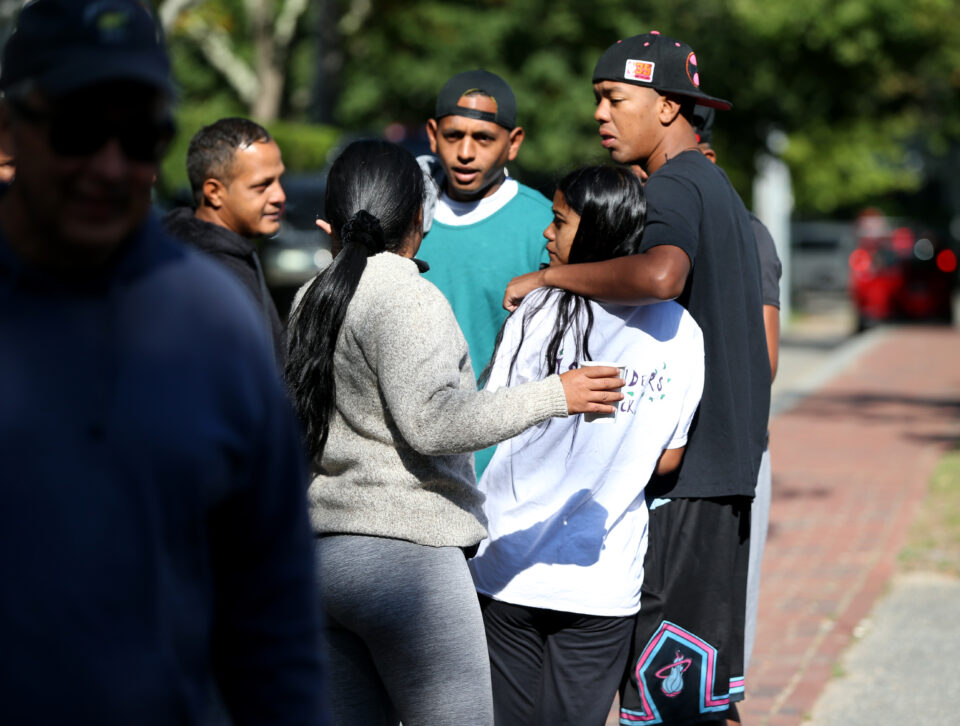 A civil rights law firm has filed a lawsuit against Florida Gov. Ron DeSantis and others after they misled about 50 migrants and flew them from Texas to Martha’s Vineyard.

NPR reports lawyers for Civil Rights and Alianza Americas, a migrant-led non-profit, filed the suit on behalf of the “Vineyard migrants and all similarly situated people who are fraudulently induced to travel across state lines by DeSantis and the State of Florida.”

They also want DeSantis and the other defendants banned from “inducing immigrants to travel across state lines by fraud and misrepresentation,” and to pay damages “for the harm suffered by the migrants.”

Last week, nearly 50 migrants, mostly from Venezuela, were flown from Texas to Florida and then to Martha’s Vineyard. The migrants arrived with no notice and were left on their own. However, the local community scrambled to help, providing food, shelter, and even recruiting a group of high school students from an advanced Spanish class to help translate for the migrants.

According to the migrants, the cruel ruse started when they were shown a basic map of the U.S. and told they would receive jobs and housing and a chance at a better life.

The move was a political ploy that has also been used by Texas Gov. Greg Abbott, who has sent buses of migrants to New York, Chicago, and Vice President Kamala Harris’ Washington, D.C. residence. Additionally, Bexar County Sheriff Javier Salazar said his department is investigating the incident.

DeSantis spokesperson Taryn Fenske said in a statement released Tuesday night accusing activists of being “opportunistic” and using the situation for political theater.

“If these activists spent even a fraction of this time and effort at the border, perhaps some accountability would be brought to the Biden administration’s reckless border policies that entice illegal immigrants to make dangerous and often lethal journeys through Central America and put their lives in the hands of cartels and Coyotes,” Fenske said.