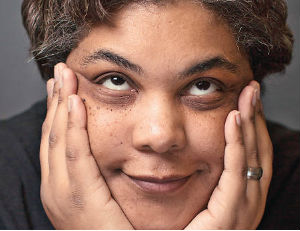 The bold, concise, eloquent, open feminist that is Roxane Gay has just been tapped by Marvel Comics to pen World of Wakanda, a Black Panther companion series set to premiere November 2016.

According to the New York Times, Gay will be joined by poet and University of Pittsburg professor, Yona Harvey, to write the story of Ayo and Aneka, two lovers who are former members of the Dora Milaje, the Black Panther’s female security force.

“The opportunity to write black women and queer black women into the Marvel universe, there’s no saying no to that,” Gay told the New York Times.

Black Panther writer Ta-Nehisi Coates recruited Gay and Harvey to tell the story of the women of Wakanda, the fictional African country where Black Panther takes place. “When we started thinking about writers, she popped up right away,” Coates tells the NYTimes of his reasoning to select Gay to write the series.

Harvey’s contribution will be by way of a 10-page second story to be included in the first issues of World of Wakanda. This story will focus on a female revolutionary, Zenzi, who caused a riot in the first issue of the Black Panther series.

“My agent was not thrilled that I was taking on another project,” Gay tells the New York Times said.

In addition to this project, she is also working with Beyond the Lights Director, Gina Prince-Bythewood, on a film adaptation of her hit novel An Untamed State starring Gug Mbatha-Raw, this summer she is set to release her fourth novel Hunger and her first collection of short stories Difficult Women is expected to debut at the start of next year.

Of all of the projects that Gay has going on at the moment, World of Wakanda seems to be her most exciting venture yet, “It’s the most bizarre thing I’ve ever done,” she tells NY Times, and I mean that in the best possible way.”