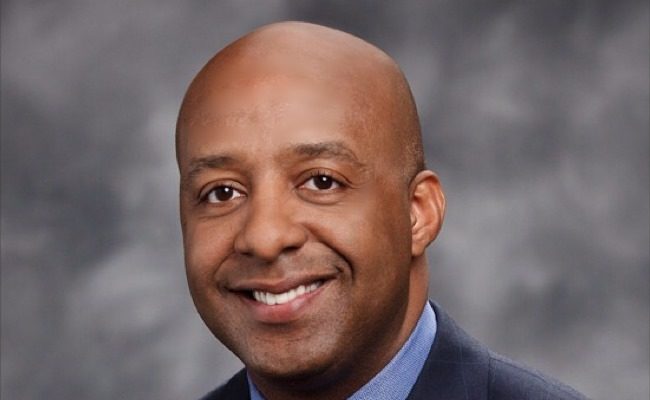 Marvin Ellison, chief executive officer of J.C. Penney Corp. Inc. and BE’s 2016 Corporate Executive of the Year, will take over as Lowe’s new president and CEO, the company announced Tuesday.

He will assume the position on July 2, and will also join Lowe’s board of directors at that time, the company said. Ellison will succeed Robert A. Niblock, the longtime CEO of the company, who previously announced his intention to retire.

“I am thrilled to take on the role as Lowe’s next president and CEO. Working closely with Lowe’s board, management team and the more than 310,000 talented employees, I believe we will not just compete, but win in today’s complex retail environment. Together, we will leverage Lowe’s omni-channel capabilities to deliver the most simple and seamless customer experiences as we execute with purpose and put the customer first in everything we do.”

Marvin Ellison previously served as president and CEO-designee of JCPenney from 2014 to 2015. Prior to that, he spent more than 12 years at The Home Depot Inc., where he served as executive vice president of U.S. stores from 2008 to 2014 and was responsible for sales, profit, and overall operations for 2,000 stores, more than 275,000 employees and $65 billion in annual sales volume. Prior to joining The Home Depot, he spent 15 years at Target Corp. in a variety of operational roles.

Ellison is currently a director of FedEx Corp., the Retail Industry Leaders Association (RILA) and the National Retail Federation. He was named to Fortune‘s “World’s Greatest Leaders in 2016” and recognized as the “2016 Corporate Executive of the Year” by Black Enterprise. Ellison holds a BBA degree in marketing from the University of Memphis and an M.B.A. from Emory University.

In 2015 when Ellison joined JCPenney as its chairman and CEO, the 116-year-old retail store was struggling. Ellison’s predecessor had “sought to reposition Penney as a flashier retailer with fancier merchandise” but it backfired. Sales went down by almost a third and the company was crippled financially. When Ellison took the reins at JCPenney, he made changes with the use of data to “diversify from apparel and move into home ware.”

“Pure intuition without any data gets you in trouble,” Ellison told Fortune early in 2016.

Penney reported a 3.9% increase in comparable sales during the 2015 holidays, one of the best performances in retail that season. (Rival Macy’s saw “comps” shrink by 5.2%.) That followed seven quarters of sales growth in the previous eight. And although Penney hasn’t reported a profit since 2010—and hasn’t predicted when it will again—it’s aiming for $1.2 billion in Ebitda (earnings before interest, taxes, depreciation, and amortization) for fiscal 2017, nearly double the level of fiscal 2015.

He cut costs, streamlined expenses, and tried to drive sales of big-ticket items, but even Ellison couldn’t save a sinking ship. The retail industry has been under siege since the founding of Amazon, and other eCommerce websites, which have eaten into the retail chain revenues and have lured shoppers with the ease of ordering from one’s couch.

JCPenney’s revenue that year, an estimated $12.6 billion, was still down 37% from its peak in 2006, according to Fortune. Its stock closed to a 35-year low. In 2017, the retailer, facing stiff competition from eCommerce sites along with its other brick-and-mortar competitors, decided to shut down nearly 140 stores, with more than 5,000 layoffs. Early in 2018, the retailer announced that it would cut an additional 360 jobs at its stores and corporate headquarters. Just last week, the company reported a $69 million adjusted net loss in its first-quarter earnings report.

Shares of the department store chain plummeted 11 percent to less than $2.80 per share on the heels of the report, which put comparable sales at a meager 2.1 percent and lowered expected earnings to between 13 cents per share on the high end, and a loss of 7 cents on the low end, again missing analyst forecasts. Sales, which were expected to fall 2.7 percent to $2.6 billion, in fact dropped 4.3% to $2.58 billion, compared to $2.7 billion for the first quarter of 2017. The company blamed the hit on the closure of 141 stores in the last half of the year, part of its strategic closure plan to streamline the business.

WHY LOWE’S WANTS HIM:

Ellison is a 30-year veteran of the retail industry and “he has experience in the home space.” He made his reputation at Home Depot, a Lowe’s competitor, ‘helping create the chain’s turnaround by focusing on unsexy but primordial things” with the integration of stores and eCommerce.

“Lowe’s has been struggling from what I hear in comparison to Home Depot and they probably just need leadership to help improve execution, which Marvin Ellison has played a key role in his past career.”

Ellison gives Lowe’s significant leadership and operational expertise, including his experience managing a large network of stores and associates as well as insights and perspectives on managing global logistics networks.