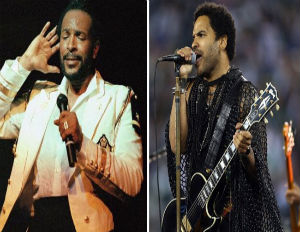 Marvin Gaye’s son, Marvin Gaye III, is not happy about the biopic soon-to-be in production about his dad. He’s reaching out to his childhood friend Lenny Kravitz in a bid to get the “Let Love Rule” singer pull out of the starring role.

“The producers and directors of this film are very wrong and shameful,” Gaye III told TMZ. “They’re trying to do a film about a low period in his life. They don’t even know the whole story.â€

The film will focus on the making of his “Midnight Love” record during the early eighties, a time when Gaye was living in Belgium and suffering with addiction and financial difficulties.