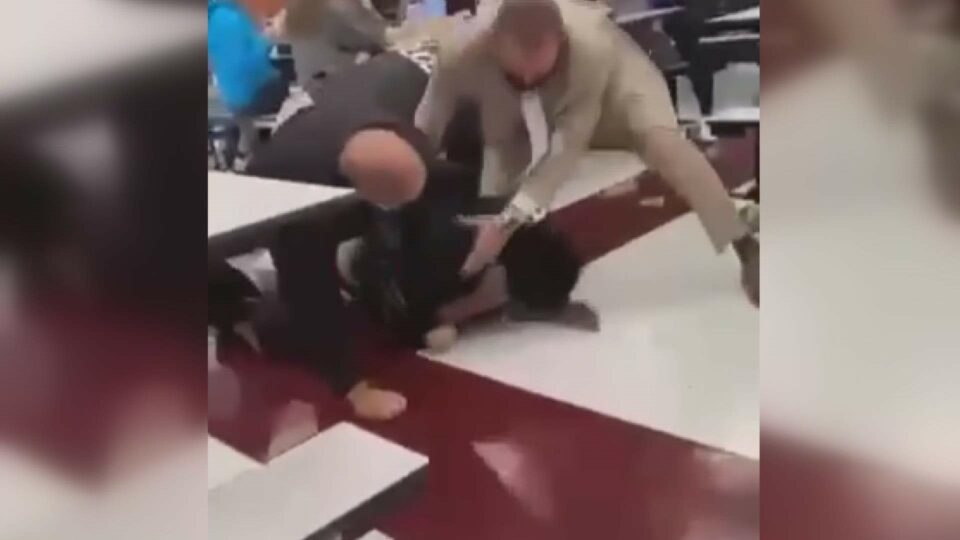 The NAACP chapter in Maryland is speaking out about a now-viral video that shows a high school resource officer punching a student in the head while restraining him.

The superintendent at Howard County High School spoke out earlier this month about the incident that was captured on video, Patch reports. Michael Martirano said the district was aware that many people were “understandably upset” after watching a video of three school officials pinning a male student down while the resource officer repeatedly punched the child in the head.

Martirano assured students, staff, and the local community that no weapons were involved in the incident.

“Maintaining a safe environment in our schools is of utmost importance and remains the primary focus of our efforts.” Martirano said. “I appreciate the cooperation of students, families, staff and community agencies as we work to investigate and respond to yesterday’s events.”

WARNING- Graphic: from Howard High TODAY showing staffers restraining a student, punching him in the head. @HCPDNews say a student reportedly assaulted other students in the cafeteria. A security guard + school staff intervened – this is how. We’ll have the details at 11p @wjz pic.twitter.com/framBJbWiF

“I want to assure all of you that support services are available at every school to provide necessary supports to any staff or students who need assistance,” he added.

According to the Howard County Police Department, the student that was assaulted had allegedly been assaulting other kids in the cafeteria. After a security guard and school administrator stepped in, video shows them restraining the student while punching him in the head.

Now, a local NAACP chapter is demanding an investigation after learning the male student was criminally charged, WUSA 9 reports. The NAACP and other civil rights groups want the HCPSS employee who punched and hit the student to face charges.

“We have demanded an investigation into the incident but we never thought that a student would be charged for a crime when the student was the one on the ground being assaulted by three male adults and punched in the head by one of them. It sends a terrible message to the community that children will be abused and the traumatizing acts of an adult employee will be overlooked.”