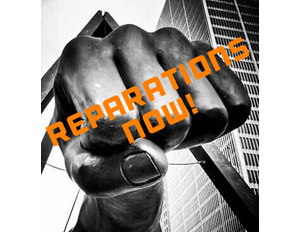 Amherst, MA, is working to offer financial restitution to their Black residents as an atonement for slavery and discrimination.

On Monday, the Amherst Town Council voted 12-1 in favor of establishing a fund that would pay reparations to Black residents, ABC News reported. Amherst Town Manager Paul Bockelman and other town officials suggested an initial seed investment of more than $200,000 from surplus budget funds to launch the initiative.

Michele Miller, cofounder of Reparations for Amherst, the local advocacy group that pushed for the fund, expressed her excitement for the private fund to help the town’s efforts.

“We look forward to supporting the African Heritage Community to implement a robust and sustainable reparative plan,” Miller said.

Among the disparities, Black Amherst residents face restrictive housing policies that prevent Black families from purchasing homes in affluent parts of town, as noted by Newsweek. Black people also faced job and education discrimination at UMass Amherst. It’s because of race-based setbacks like these why the median income for Amherst’s White families is more than two times that of Black families, with more than half of Black Amherst residents living below the poverty line.

“And your actions will lay the foundation for our community to begin a collaborative healing process,” Miller told 22News.

Those in favor of the fund are asking for complete transparency in how the funds will be allocated.

“In order to support reparations, we need to identify funds that are sustainable, reliable, and consistent over time,” resident Irv Rhodes said.

The announcement is among the latest in a string of initiatives cities nationwide have introduced in an effort to atone for America’s scarred history with slavery, racism, and discrimination. If passed, the Amherst Town Council’s finance committee would use the more than $200,000 as an initial investment for the reparations fund.

Town officials are expecting the fund to run much like an endowment where a professional consultant would manage the investments. The town is said to be considering using profits from marijuana sales’ tax revenues to fund their reparation initiative.