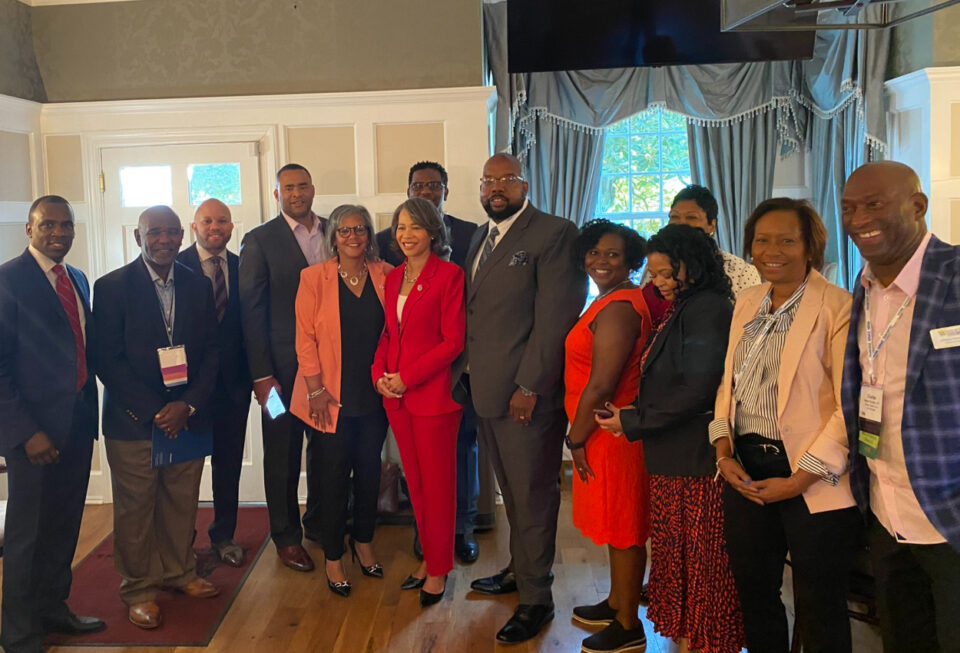 Matthew Haller, president and CEO of the IFA, has committed to this compelling cause, not just in words but with action. Haller spoke with BLACK ENTERPRISE about why the initiative is critical for the franchise sector and the steps being taken to achieve the goal.

What is the IFA’s feeling about the current percentage of Black Indigenous People of Color (BIPOC) franchise owners?

I think we have a good record, but I think there’s a general understanding that more work needs to be done. There’s not a lot of great data out there and a lot of it’s dated. So, if you look at the census data and compare us to non-franchise businesses, we have a good track record. But that doesn’t mean that everything is as it should be. When you look at who’s working in a lot of these businesses, I think there’s a general desire to make both the ownership and leadership of them reflective of that workforce.

Based on that, it’s clear that the IFA is in agreement that the numbers need to increase. What influence does the IFA have on changing the landscape?

When you think about the role of a trade association, it’s to convene people, develop programming, and to advocate. I think we have a role in all three of those areas. We convene around this desire and this need to increasingly diversify franchisees, and beyond that, diversity in the board room and with suppliers. The next question becomes: How are you going to do that? We start by identifying things like structural barriers; are there biases that exist among those charged with this [task] inside these companies? The programming work, both through the IFA Foundation and the Diversity Institute, as well as across the entirety of the organization, happens through our convention and other forums. And then there’s research and things we hear anecdotally from talking to potential franchisees or franchisors who are out there looking to do things around access to capital and other areas. There are definitely things that we can do to bring potential solutions to the table, which leads to the third piece, advocacy. As we saw during the pandemic, people of color were disproportionately impacted, and diverse small businesses were more negatively impacted. Finding ways to put more government resources through the Small Business Administration (SBA) and through partnerships with organizations such as Community Development Financial Institutions (CDFIs) is critical. Educating those organizations to make them more aware of how Black small business owners perform in the franchise model when given the tools that they need to be successful—all of those things are part of the role that the IFA is and will increasingly play.

Why does the IFA feel that diverse franchise ownership is important?

This goes back to my first response. [Number] one, it’s the right thing to do. We say we are an industry that takes people from everywhere and can make them successful with the right support in a franchise system. We want to make sure that the industry and the franchisees that make up this franchising ecosystem reflect that message and make that more of a reality.

What has the IFA done so far to tackle the status quo and what’s on the horizon?

We launched a campaign called “Open for Opportunity” about a year ago.

One of the pillars of that campaign is to highlight the success stories of diverse franchisees. Part of the reason we wanted to do that was because we hear so many times that when people come into franchising, whether people of color, veterans, or others, franchising meets you where you are and will find you. People say you can’t be it until you can see it, so to see someone like yourself, from a similar background, it’s a way to raise awareness in these different communities. It’s a way for us to make an impact not just on a national level, but by partnering with state and local organizations to help us get those stories and the educational components that go with them, into those communities—such as Black Chambers that can help potential franchisees identify these opportunities.

We’ve also been working very closely with HBCUs.  They continue to be a great place for us to deliver both content and educational opportunities, which is why academia has been a key audience as part of the “Open for Opportunity” campaign.

I was recently in Richmond, Virginia, speaking with a few HBCUs about opportunities to bring franchise fairs to get our members on campuses talking about franchises.

We’re also really excited to be part of the Congressional Black Caucus Foundation Legislative Conference for the first time this year. Leaders on the Hill and state policymakers aren’t just a great audience that we want to educate about what we do well, but they are also good conveners of their own constituencies and great conduits to some of these other groups trying to problem-solve some of the challenges that exist in the community.

What does success look like to the IFA with the programming you’re putting in place?

In a trade association, you want your members to be engaged in the things that you’re doing. I look at that as a key metric. We see so much interest, energy, and attendance around everything we’re doing within the Black community, and I think that is a key metric for us. It’s challenging for us to say by a certain date that we’ll have this many franchisees that we can point to, but I know we want to continue to increase the numbers and view ourselves as key players in that, with all of the things we’re doing by convening, promoting, and advocating.