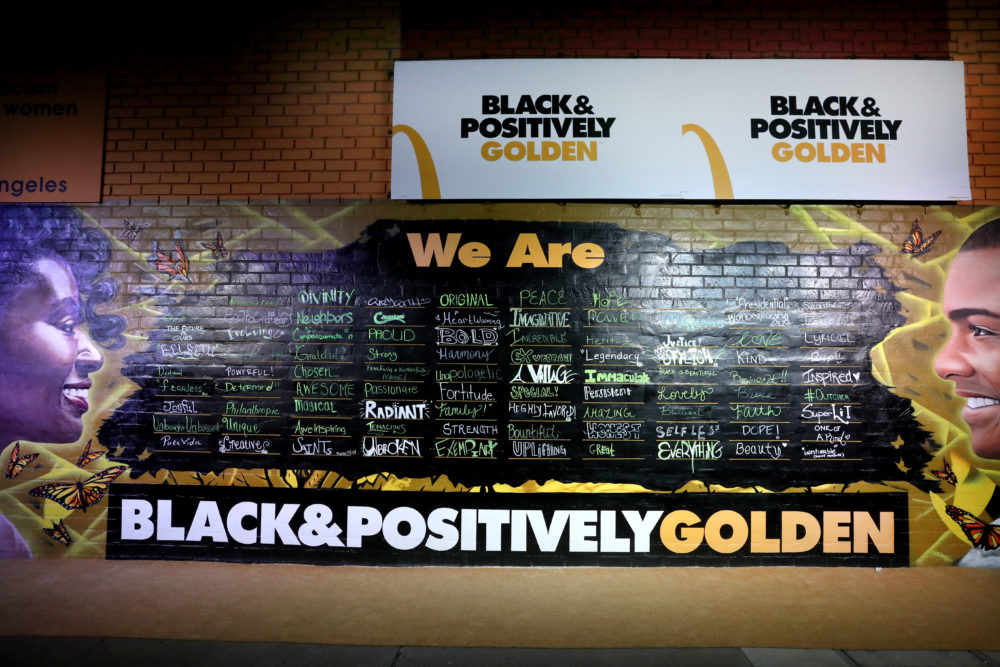 The campaign launched in partnership with YWCA USA at a community event held at Leimert Park in Los Angeles. The event began with a panel of black corporate executives that discussed the messaging behind “Black & Positively Golden,” how it celebrates black excellence, and highlights stories of truth, power, and pride. The kickoff also featured the unveiling of a mural created by L.A.-based artist Enkone, an appearance by Insecure actress Yvonne Orji, and a live performance by multi-platinum recording artist Normani.

Beyond the launch event, McDonald’s has commenced a yearlong commitment to support the YWCA USA’s Women’s Empowerment 360 Program—an initiative designed to empower female entrepreneurs of color. The global food chain’s financial support will provide approximately 5,000 aspiring businesswomen around the country with an education curriculum and other tools needed for success.

According to Lizette Williams, Head of Cultural Engagement & Experiences, McDonald’s USA, the fast-food chain has been a pillar in communities of color by providing jobs, franchise opportunities, and scholarship funding. “The African American consumer, for McDonald’s, is critically important,” she told BLACK ENTERPRISE. “We’re a brand that’s accessible for everyone, but we’ve been there in the black community for 50 years. We’ve supported the black community through our work with HBCU scholarships,” in addition to supporting organizations like the YWCA and NAACP. “It continues to be at the very fabric of what the corporation and brand represent.”

Nicole Enearu, a franchisee who currently owns/operates a total of 18 McDonald’s restaurants with her family, told BE that the campaign “is really about shining a light on the positive things that are happening in the African American community and demonstrating McDonald’s ongoing commitment to our community.”

Enearu is just one of 300 African American McDonald’s franchisees in the U.S. who will help bring the campaign to life by providing economic opportunities to the neighborhoods they serve. “We maintain a commitment to our neighbors through various parts of our business—including scholarship partnerships with historically black colleges and universities, generational wealth-building with franchisee training and partnering with minority suppliers,” she said in a statement.

Terrence Burrell, the vice president and creative director of Burrell Communications Group, the firm that helped create the “Black & Positively Golden” campaign, says he hopes it will ultimately drown out negative news surrounding the black community. “We want that to be the narrative versus what we’re getting from the BBQ Beckys of the world and all of those moments that seem to go viral.”

In conjunction with the YWCA launch event, McDonald’s debuted the campaign with a 60-second television spot during the 50th NAACP Image Awards. “Black & Positively Golden” will also be featured in black-oriented media outlets and events throughout the year. Furthermore, McDonald’s says it will continue to provide scholarships for students attending HBCUs through its partnership with the Thurgood Marshall College Fund.

“More than a campaign, we want to create a movement around positivity in black America,” said Williams.