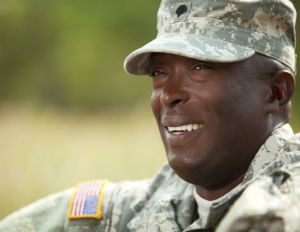 Veterans,Â a time for your uninhibited celebration is right now. According to High Times, as of Thursday, May 19th, the U.S. House of Representatives and the Senate put their seal of approval on an amendment that would prevent the Department of Veterans Affairs from using the federal budget to stop U.S. doctors from providing patients with recommendations to use medical marijuana.

This move could eliminate restrictions that have kept the men and women of the United States military who have fought to keep our country safe, from having legal access to safer drugs.

Prior to the vote, Rep. Earl Blumenauer, who introduced the House amendment, stated “the death rate from opioids among VA healthcare is nearly double the national average. From what I hear from veterans is that medical marijuana has helped them deal with pain and PTSD, particularly as an alternative to opioids.”

This comes as good news to marijuana advocates and groups that have long fought the battle for veterans to utilize medical marijuana in legal states.

This has all been an uphill battle. For the past two years, the lower chamber has prevented the amendment from passing. Thus, it may come as a surprise to many that House lawmakers voted 233 to 189 in favor of allowing the amendment to move forward under a larger military appropriations bill.

Both chambers of Congress will now work to reach an agreement on a solitary amendment that can be tucked inside the 2017 Military Construction Appropriations Bill. Since both the House and the Senate have approved the amendment, there is a better-than-average chance that it will be included in the final 2017 Fiscal Year budget that is slated to be signed by President Obama at the end of the year.

“This measure removes unnecessary barriers to medical marijuana access for the men and women who have volunteered to serve in our armed forces,â€ Capecchi continued. “It will save veterans time and money, and it will allow them to have more open and honest discussions with their primary care providers.â€