Meek Mill and Jay-Z are Sending 100,000 Surgical Masks to Jails and Prisons 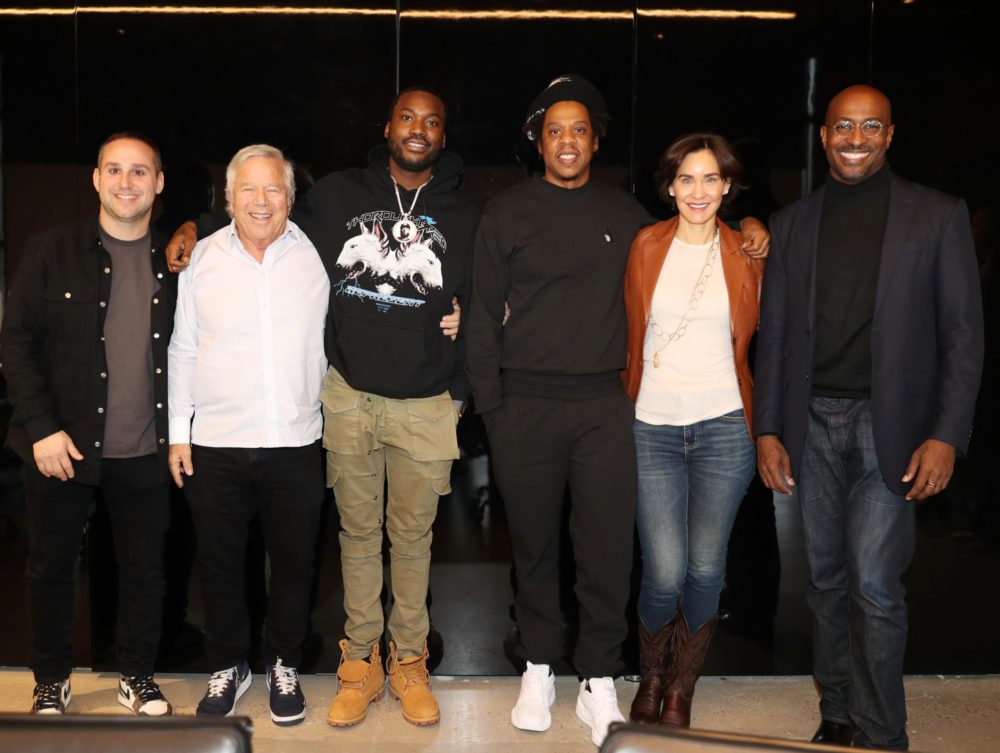 The criminal justice reform organization founded by Meek Mill and Jay-Z is sending aid to U.S. correctional facilities, which have been especially impacted by the global shortage of protective gear in wake of the coronavirus pandemic.

On Friday, the REFORM Alliance announced that it partnered with advocate Shaka Senghor to send about 100,000 surgical masks to several correctional facilities across the country: 40,000 masks to the Tennessee Department of Corrections; 5,000 masks to the Mississippi State Penitentiary at Parchman; and 50,000 to the Rikers Island jail complex in New York City.  Another 2,500 will also be sent to a Rikers medical facility.

“During these moments of uncertainty, the one thing I am certain of, is that we can share resources with the less fortunate,” said Senghor, a New York Times best-selling author, in a statement sent to BLACK ENTERPRISE. “These are mothers, fathers, sons, and daughters behind bars. They are as much a part of the human family as we are.”

Leaders within the advocacy group said the masks will help protect incarcerated people, correctional officers, and healthcare workers in the fight against COVID-19. They also warned that without proper protections and provisions, the prison system can implode into a hotbed for novel coronavirus since confined spaces make it nearly impossible to enforce social distancing guidelines.

“We are on the verge of a humanitarian crisis,” said Jessica Jackson, chief advocacy officer at REFORM Alliance. “There are heartbreaking accounts coming from people in jails and prisons across the country. Also, let’s not forget: tens of thousands of sick people flooding out of our prisons could overwhelm our hospitals — making things worse for everyone.”

In addition to the protective gear, last month the REFORM Alliance revealed the SAFER Plan, a proposal urging governors across the country to release elderly and nonviolent criminals to home confinement. They’ve also asked for suspended jail sentences for technical violations and better sanitary conditions in prisons to reduce the spread of the outbreak.

“Governors and people who run jails and prisons in this country need to take the pandemic in Rikers as a warning,” said Van Jones, CEO of REFORM Alliance. “We’re in danger of seeing prisons coast-to-coast turn into morgues. It is important to get medical supplies in, and it is equally important to get more human beings out.”

According to The Legal Aid Society, 231 inmates have tested positive for COVID-19 at New York City jails as of Thursday. To lower its jail populations, New York City Mayor Bill De Blasio said over the weekend that at least 650 inmates have been released from Rikers Island, reports CBS News.

The Cook County jail in Chicago, which has the largest outbreak in the country behind New York City, has 167 detainees and 46 sheriff’s office staffers infected.

After being released from prison in 2018, Meek Mill launched the REFORM Alliance last year to “dramatically reduce the number of people who are unjustly under the control of the criminal justice system—starting with probation and parole,” according to the organization’s website.