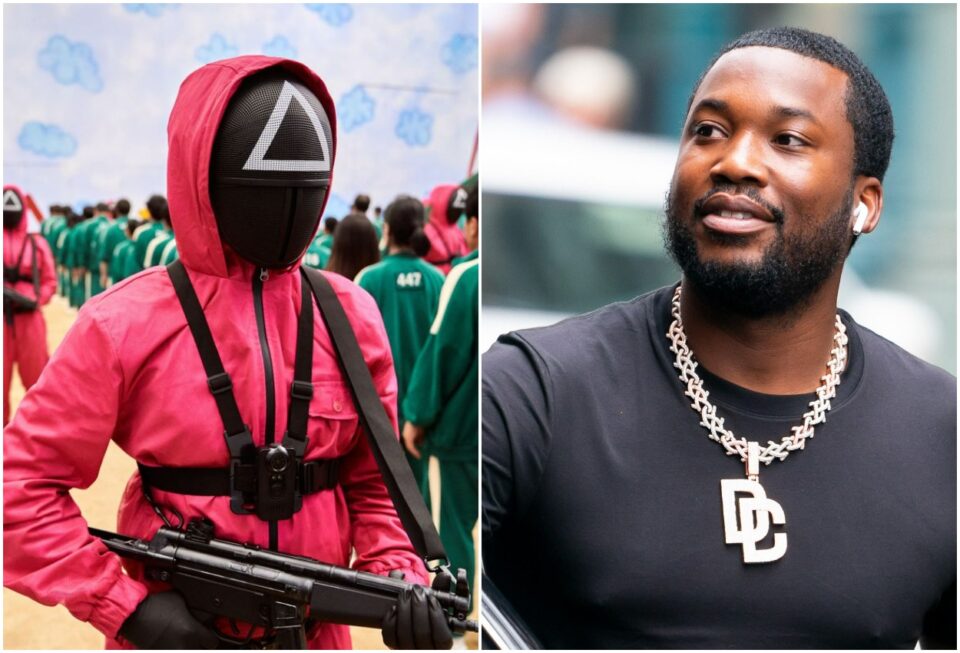 The Netflix series Squid Game has reportedly become the first Korean series to rank No. 1 on Netflix’s U.S. most-watched list. But while the deadly games have captivated audiences, rapper Meek Mill says it shows the grim side of a capitalistic concept that been a stronghold in the hood for ages.

The Philadelphia rapper weighed in on the latest streaming craze, and took to Twitter to compare the basis of the series to “hood poverty.”

For those not familiar with the drama that is now all the rage, Squid Game pits 456 competitors against each other to compete in a deadly game of survival with the chance to win 45.6 billion Korean won, which amounts to around 38.6 million U.S. dollars.

Mill simplified the merits of the deadly game saying that all that needs to happen to get people out of that “hood” mindset is to “help them with work/money.” But many on Twitter reminded him that it’s not that simple and that the issues are typically more deep-rooted.

Black Twitter definitely chimed in. Here are some examples:

Naaaa squid games getting American ready for what’s about to happen here, ppl coming up missing, organs cut out they body, the bets at the games is the GOVERNMENT & the missing ppl are the vaccinated ones 🤦🏽‍♀️

Nah u lost on this one,, it’s called getting a job and working ain’t no handouts in this life

Where’s all the violence in the trailer parks? They seem to get along just fine in poverty lol…just saying 🥴🧐🤔😏🌚 pic.twitter.com/lnRUQLJoDe

It takes more than work/money. Sorry @MeekMill, the hood proverty excuse needs to stop being the “go to.” reason we “understand” & “overlook” all this senseless killing.

Well yeah, when I was trynna be on that type time in philly last year when i opened my food truck business, some young boul stole my truck the day after my grand re- opening ..soooo…. yeah and I’m still trynna recover from it with no loans and no hands outs…. @Souldlysh