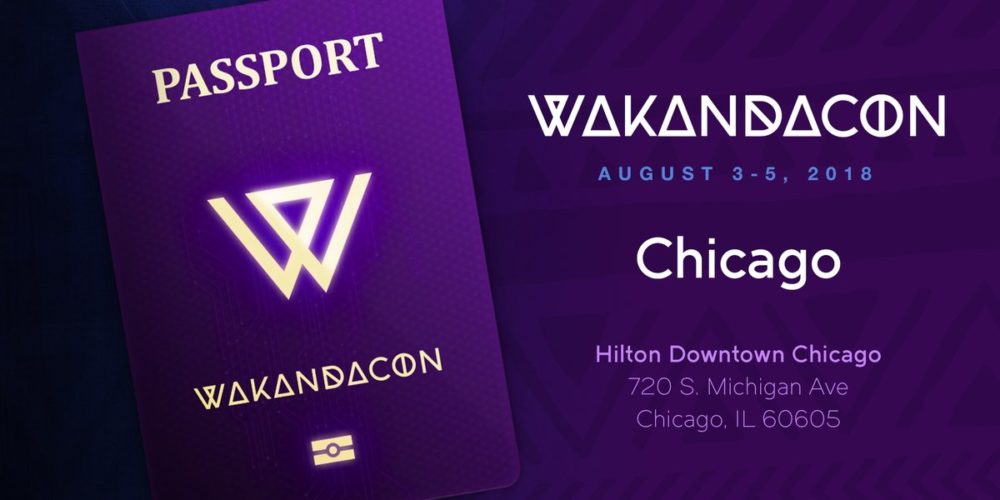 David Barthwell has seen Black Panther five times. He needs to see the film one more time in order to catch up with Lisa Beasley, who is already planning on seeing it again. For both of them, the movie was more than just entertainment. Even greater than the scientific revelations and the social phenomenon it has become.

“I’ve always been a bit of a nerd. I watched Star Trek and Lord of the Rings growing up and I’ll call myself a fan but watching Black Panther and finally seeing a place like Wakanda with all the joy and color and subversiveness really shook me,” Barthwell told Black Enterprise.

His childhood fantasies were playing out on screen, right before his eyes.

“I finally realized what it meant; transporting myself to another place. I felt the sense of loss that I could not go there and the feeling of wanting to be there but I couldn’t,” Barthwell said.

The need to belong, to reach out “for a piece of that which espouses the values” portrayed in Black Panther is what motivated Barthwell to launch the Wakanda Conference.

To start, Barthwell had to make sure he was on the right path. He discussed his thoughts with his siblings. Alison, 29, who is a writer, director, and teacher, along with Matthew, 26, who had just completed a graduate social work degree, were both in on the idea.

David, 35, who has run Verge Graphics for 15 years knew he had to show a proof of concept. He built a website, created a landing page for it and posted the event on social media. The event went viral within a day of posting it, with almost 10,000 sign-ups.

“The response was overwhelming,” Barthwell said.

He said he has since been contacted by so many different people from news outlets to people just looking to vent. It was then he knew he had a viable event on his hands. In the meantime, Alison reached out to her longtime friend, Beasley and pitched her the idea.

“As soon as she said it, I knew what it was and I don’t care if it was three people or thousands, I want to be there. The movie changed my life,” Beasley said.

Beasley, who has worked for years in the Windy City as a comic, said the movie helped her realize her potential. It was the challenge scene between Killmonger and T’Challa that got her. Killmonger had traveled to Wakanda to face King T’Challa in a tribal fight-to-death challenge as all the Wakandan tribes watched on. One can almost hear the gasps and anticipation in the movie theatre as the fight went on for about a minute before T’Challa was stabbed and shoved off the edge of the waterfalls.

Beasley said seeing the men and women standing side by side helped her realize her confidence as an actor and business owner.

“I have been hiding myself from a lot,” Beasley said. “Seeing black women, in their own full power, standing side by side the men even when they disagreed changed my perception of walking in confidence.”

She now runs the convention’s media outreach. A writer, producer, and comedian originally from Gary, Indiana, Beasley has appeared on ABC, NBC, and has toured the country with 3Peat Comedy and is a writer for Cards Against Humanity. The siblings also brought on seasoned filmmaker and producer Taylor Witten, whose business background came in handy when negotiating contracts.

But first, Barthwell said he took a step back and put everything on hold. He said he consulted with his lawyers to make sure he wasn’t breaking any intellectual property laws with Marvel Studios.

“I wanted to make sure it was something that we could do,” he said.

With the OK from his lawyers, Barthwell and the team toured several venues in Chicago. They even reached out to the mayor of Wauconda, Illinois, but they settled for the Hilton Hotel on the West Side of Chicago. Although the team is keeping names of speakers under wraps, Beasley confirmed that a number of the Black Panther cast has reached out, first to confirm that the conference was real and to see how they could participate. There was even a conversation with Black Atlanta Tech Week.

The blockbuster movie continues to break box office records globally, sending the sales of African attire through the roof. It has incited conversations about Afro-futurism and diversity in Hollywood. Even the chief executive of Disney hinted at a theme park ride.

While the conference will not offer any rides, Beasley said anyone who is black should attend [but the event is open to everyone]. From politics, tech, social justice, innovation, to comic books, there are different topics that’ll interest different persons. A discounted $25 full weekend pass is already on sale. There’s a full weekend pass for $35 and at $56, you can get the premium Colonizer Full Weekend badge which proceeds will be donated to residents of Flint, Michigan. There’s also a $10 digital pass, which Barthwell said allows people who can’t travel to Chicago to stream online, a move he said will bring tech to underserved communities.

“This conference means different things to each one of us,” Beasley said. She hopes the event offers an opportunity to examine how the movie has brought together not only African Americans but Africans and black people in the diaspora for a common goal.

Barthwell wants to amplify the many different lessons in the movie. He especially relates to Killmonger’s anger as a black man and how they communicate.

“I have that side that relates to being angry,” he said. “But there’s also the part that says listen and respect black women and I’m interested to see how that plays into it.”