Meet The Only Black Woman In Ohio Licensed To Cultivate, Dispense, and Sell Cannabis 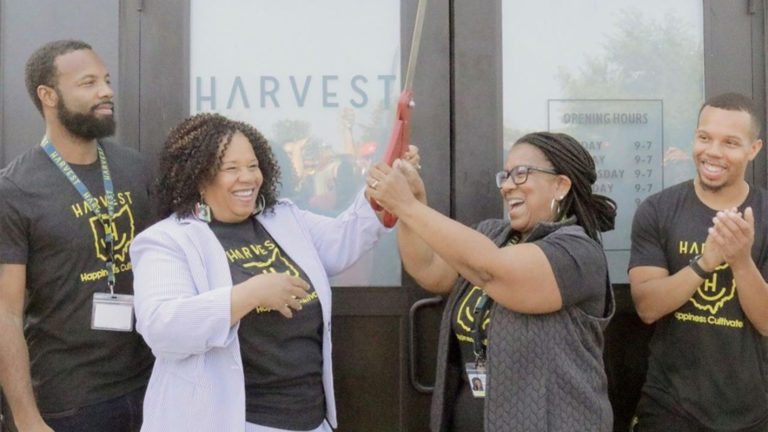 Don’t let what you hear about the lack of Black women in the cannabis industry scare you. Women like Ariane Kirkpatrick, founder of Harvest of Ohio cannabis dispensary, are breaking down barriers in the growing market.

Kirkpatrick holds three licenses in the cannabis industry—license to cultivate, dispense, and sell—giving her rank as the only Black woman to be “vertically integrated” in Ohio.

The ambitious mother founded Harvest of Ohio to help others improve their quality of life through cannabis. After speaking with her son, who used the plant to cope with anxiety, she felt they could help others reap the same benefits.

They were able to bring their vision to life, though not without opposition.

“I knew it was going to be a challenge for me because I knew people would try to test me,” Kirkpatrick told Afrotech. “So, I wasn’t shocked with some of the behavior I faced, and continue to face, amongst others in cannabis.”

“I was shocked at how fast it happened and how intense it was,” she continued. “I’m scared and terrified for my life at times with the calls that I receive from different people.”

While getting established, Kirkpatrick experienced being called the n-word and being interrogated by the state.

After experiencing such hatred, Kirkpatrick made Harvest a multistate operator (MSO).

The company is also family-owned. She said her success in cannabis is bittersweet.

“I guess it’s funny because I’m proud to be where I am, but at the same time, I’m sad,” she said.

“While my journey has been hard, it’s been a journey that I’ve just had to make happen, and it almost seems normal to me,” she said. “I’ve been fighting all of my life, and it’s what my mother taught my sister and me to do…At an early age, we were picketing in support of Black businesses. We were boycotting McDonald’s because they didn’t have a Black franchise. So, I’m doing exactly what I’m supposed to do.”

Kirkpatrick’s work is bigger than just cannabis. She wants other Black people to see her journey and know they, too, can achieve their goals.