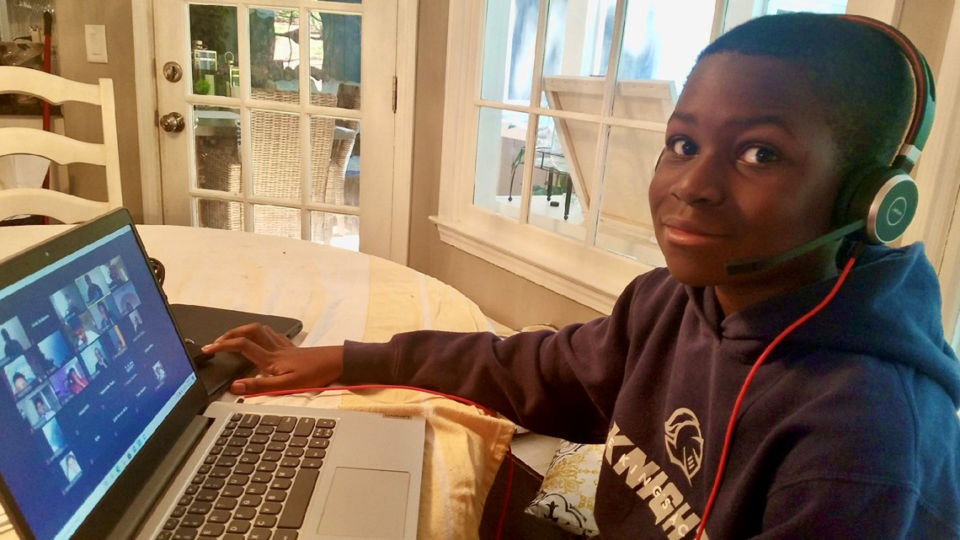 At just 13 years old, Caleb Anderson is attending one of the top universities in the country. The teenager recently began classes at Atlanta’s Georgia Institute of Technology, commonly referred to as Georgia Tech.

“The classes try to be intimidating, but they’re really not,” Caleb told local WXIA-TV about his first day. “They’re just really average classes almost with just a lot more people and more technology.”

Caleb, a resident of nearby Marietta, was the youngest Black boy to be accepted in Mensa International, the “High IQ Society,” at age 3, the news station reported. A year prior to that, he could read the United States Constitution. And while learning English as his first language, he also learned Spanish, French, and Mandarin.

“It’s definitely exciting. I’m nervous; I don’t want to screw up,” he said.

Before becoming a Yellow Jacket, Caleb made history as a 12-year-old sophomore enrolled at Chattahoochee Technical College. He attended the college for two years before being accepted into Georgia Tech.

“Seeing him in his domain after all these years is exciting and fulfilling. Definitely a moment of nervousness for sure,” Caleb’s dad, Kobi, said about his recent accomplishment.

“Just to see him walking on campus for the first time, I just wanted to cry,” she said.

With day one under his belt, the brilliant teen has already mapped out the next several years of his life.

“Hopefully, I get my bachelor’s and masters here. I’m really hoping to learn a lot of things here, meet a lot of acquaintances for the schools I want to go to and the places I want to work,” Caleb said.

Caleb is currently majoring in aerospace engineering and minoring in chemistry. According to WXIA-TV, he dreams of working with aircrafts as an aeronautical engineer.