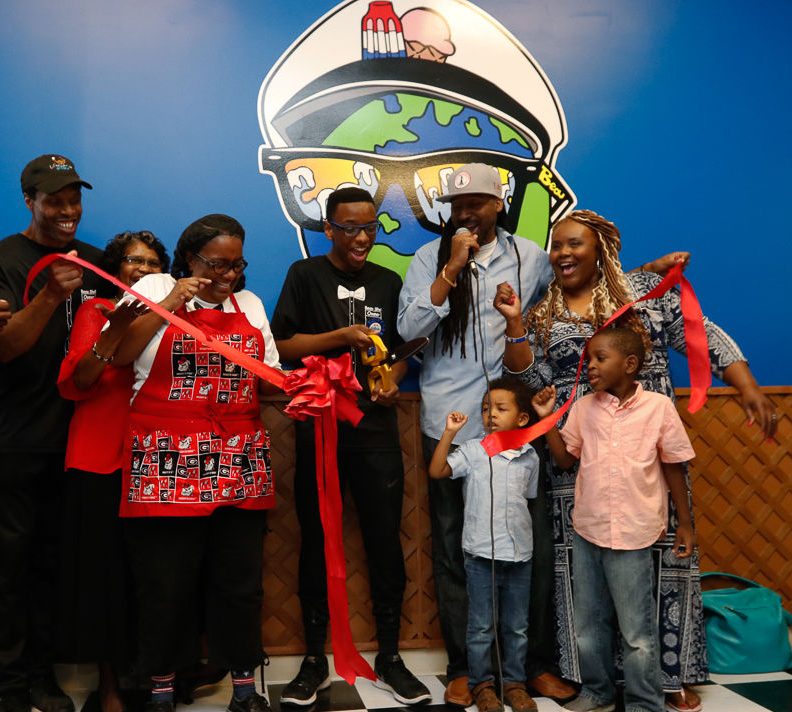 At only 8 years old, Victor “Beau” Tracy Shell surprised his parents by asking for an ice cream cart for his birthday in order to sell ice cream not only to buy his own toys but to help his family as well. Soon, his parents obliged and he received the cart on his birthday, giving it the name Lil’ Ice Cream Dude. Ever since then, his business has flourished. Shell recently opened up his first brick-and-mortar location in Athens, Georgia.

In terms of success, Shell has his parents to thank. They not only helped him get his business license and vendor’s permit, but they also helped him to design his cart utilizing old bicycle tires. According to We Buy Black, Shell’s father also built him a trailer so he was able to travel with his cart. The first summer he had it, he sold his product at just three events. But the next summer, Shell sold his ice cream at about 30 different events. He soon  needed a bigger trailer and made an agreement with his parents to customize an old trailer on his own.

According to We Buy Black, Shell decided to launch a crowdfunding campaign, which helped him raise $3,000, enabling him to customize the trailer and buy two additional carts. It wasn’t long before he decided to further expand his business by launching another crowdfunding campaign that would go toward opening his own ice cream shop.

By the time his 15th birthday came around on June 9, 2019, Shell officially opened Lil’ Ice Cream Dude’s Cool World and has been praised by Zagat as one of ‘Atlanta’s Top 30 Under 30.’ According to We Buy Black, he was also “named an honorary member of the International Association of Ice Cream Distributors and Vendors.” On top of all of that, Shell is now officially the youngest person to be a member of the Athens Area Chamber of Commerce.