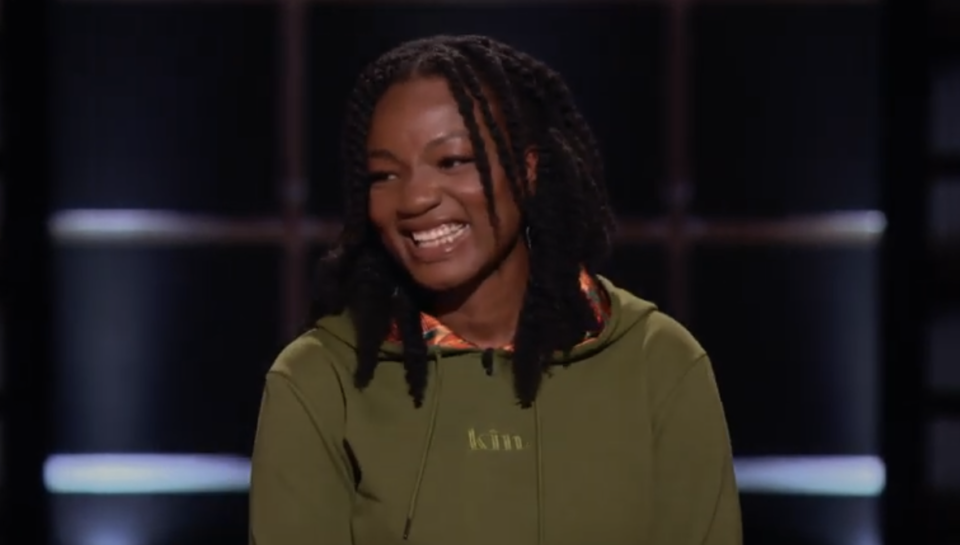 Philomina Kane’s natural hair journey has turned her into a successful entrepreneur.

The 26-year-old is the founder of KIN Apparel, a clothing line specializing in satin-lined hoodies for people with kinky and coily natural hair, which recently landed her on ABC’s Shark Tank.

Her recent success has come after many years of trial with her own hair.

“At a young age, my hair was always permanently straight,” Kane told Philadelphia’s WPVI-TV. “And that’s been the case for a lot of Black women.”

Kane was used to straightening her hair with chemical relaxers but decided to switch it up while attending Princeton University as a student-athlete.

“I joined a rugby team and my hair was just falling out because I wasn’t taking care of it,” she said.

In 2014, she decided to do the big chop and cut all her hair off. She uploaded a video of the experience to YouTube. Her channel, NaturallyPhilo, has gained close to 200,000 followers since she started documenting and sharing her natural hair journey.

Kane launched KIN while still blogging about her natural hair lifestyle. The hoodies are made intentionally to protect natural hair.

“Traditional hoodies are made with cotton and cotton absorbs the moisture in your hair, leaving it dry, frizzy,” she said. “So, what we do is we line the hoods with satin. That does not strip your hair of moisture.”

In addition to the built-in hair care, the hoodies are adorned with traditional African patterns and designs. “KIN,” the acronym for the brand’s name, “Keeping It Natural,” also pays homage to her West African roots.

“I was raised in Ghana by my grandmother for the first five years of my life,” Kane said about her childhood. “She taught me about my Ghanian culture, which I’ve grown to love so much.”

Kane’s appearance on Shark Tank, which premiered on Oct 8., turned out to be emotional for her—and for a good reason.

After pitching KIN to a panel of multimillionaire investors, she accepted an offer from two of the investors. They gained ownership of 30% of the company in exchange for $200,000 in capital funding.

Kane started to cry. When asked why by a judge, she said, “I’m crying because I’m so happy.”

After welcoming the judges “to the KIN Folk,” she told viewers, “this is to tell you to follow your dreams. Follow your passion. If you have a passion, go for it. Don’t let anybody stop you.”